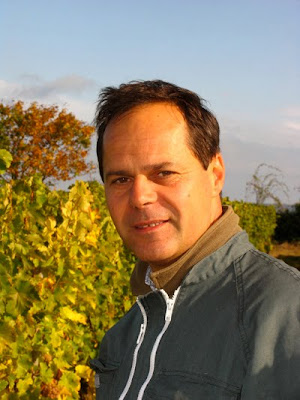 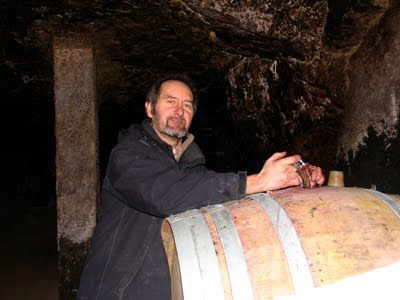 Yannick Amirault drawing a barrel sample from his cave in the Bourgueil hillside
Some of the details of the format of the evening are yet to be decided but it may well be that there will be a walk around tasting followed by dinner with a few wines selected by Yannick and Jean-Pierre to go with the meal. Cost of the event is £45.

The RSJ Restaurant celebrates its 30th birthday this year and this is one of a series of producer events to celebrate the anniversary. I have been a consultant to the RSJ since 1989/1990.

Now that is an evening I wish I could attend. We are so near yet so far from London that we might as well be on another planet in terms of realistic travelling. We love those wines. Hope you have a great evening.

Jean. Sorry you are not able to make it. I'm sure it will indeed be a great evening.