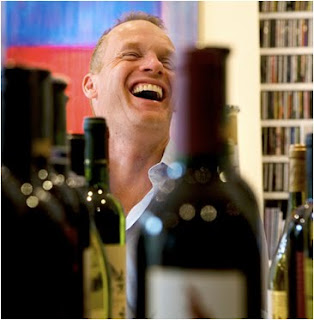 Tim Atkin MW’s weekly Observer wine column, which has a large following, is to be slashed to a shopping list. Atkin’s contribution will be reduced to recommending three wines a week, although he will continue to have a presence in the Observer Food Monthly. Atkin started his column in the Observer in September 1993, having previously written a weekly column for the Guardian, the Observer’s sister paper since April 1989.
Jim’s Loire understands that Tim receives some 500 emails a month from Observer readers. His column also attracts advertising from drinks’ companies. It would not be surprising if these advertisers wonder whether it is worth advertising in a virtually wine free magazine. The decision to slash Tim’s column was made by Tim Lewis, editor of the Observer Magazine. Lewis used to work at the Independent on Sunday, where he axed Richard Ehrlich’s column. Clearly this boy has form!
Atkin is one of the UK’s most respected and acclaimed wine writers. As his employer’s site makes abundantly clear – ‘Tim Atkin MW is one of Britain's leading wine writers and an internationally recognised expert on the subject’ (guardian.co.uk). He was the 2009 Louis Roederer International Wine Columnist of the Year. The award included his columns for The Observer. Atkin has won numerous other awards including five Glenfiddich Awards (1988, 1990, 1993, 2004 and 2006), four Champagne Lanson Wine Writer of the Year Awards (1999, 2002, 2003, 2004) and in 2007 was named Communicator of the Year by the International Wine & Spirit Competition. Over the past two decades no other UK wine columnist has won so many awards.
Tim Atkin MW commented: "I am sad that The Observer has decided to reduce the scope of its wine coverage at a time when people need reliable advice more than ever. I will miss the challenge of writing what was (I hope) an engaging, informed and entertaining piece each week, but I look forward to recommending some great wines in OM and contributing to OFM."
An Observer spokesperson said: “I can confirm that Tim Akin will continue to write for the Observer and his wine column will feature in OFM each month. His wine recommendations will continue to feature each week in Observer Magazine.”
Among my questions to the Observer was why had they decided to cut the column. Interestingly they chose not to provide an answer to this question. Atkin’s last full length Observer wine column will appear on 14th February. This is part of an unfortunate pattern. In March 2009 Joanna Simon ceased writing on wine for the Sunday Times when her long running wine column was taken in-house. 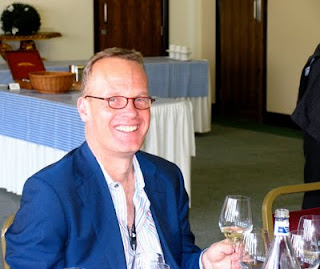 It is, of course, a shame. But people don't buy as many papers these days and so much information is just a free google away. The Observer itself is in serious trouble. You should see what's left of the once venerable Scottish papers.

Jonathan. Thanks for this.

I agree very much crisis time for many of our newspapers. The trick is to make a living from the net.