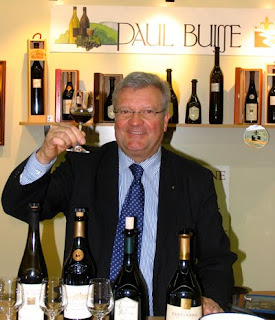 Paul Buisse toasts his impending retirement
Long time producer and négociant in Montrichard, Paul Buisse sold his business to Pierre Chainier last August with the arrangement that Paul would stay on for a year. One of the stalwarts of the Salon, there will have to be someone else looking after the stand in 2011. Paul is not retiring completely as he will be doing some consultancy work. Vinification will continue at the Paul Buisse premises in Montrichard but the wines will be bottled at the Pierre Chainier installation at Amboise. 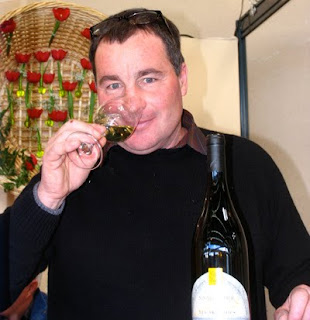 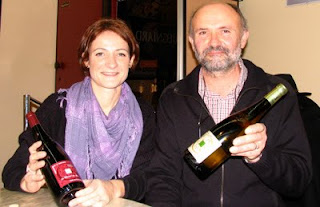 Yves Guegniard and his daughter, Anne 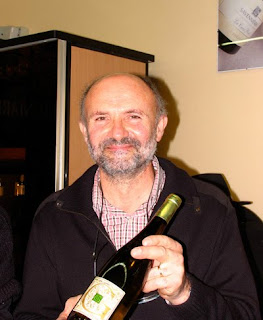 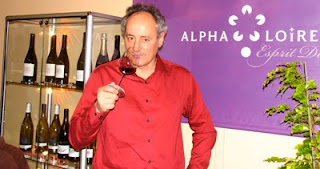 Alain Guichet with the new project Alpha Loire where he is in partnership with Philippe Angier (formerly at the Oisly et Thesée coop) and Fabienne Raviche
Full reports on these and other producers will be written up as soon as possible.
Posted by Jim's Loire at 21:59