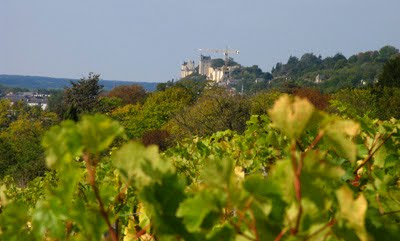 Château de Chinon from Coteau du Noire
If I remember rightly (and I must check) Claude and Philippe Alliet started planting the steep slopes of their Coteau du Noire during the 1990s. Slopes that had not seen vines since the time of phylloxera because there are many easy sites to work in Chinon rather than these magnificent south facing slopes on one of the steep parts of the limestone coteau. The Alliets are based in Cravant les Coteaux but the Coteau du Noire is a little further west in the commune of Chinon, itself, and not far from Joguet's Clos du Chêne Vert. 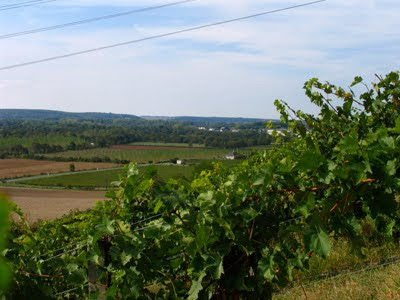 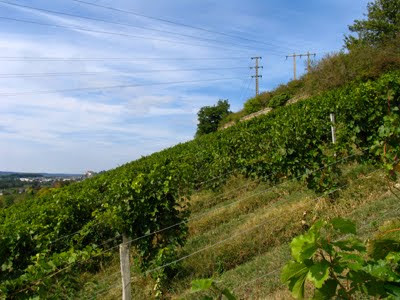 Not quite as steep as parts of the Mosel but far from flat! 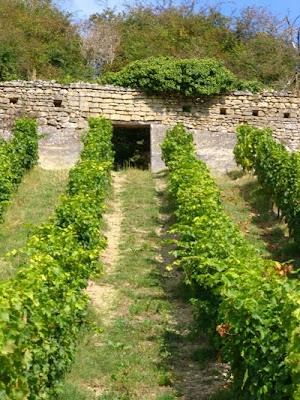 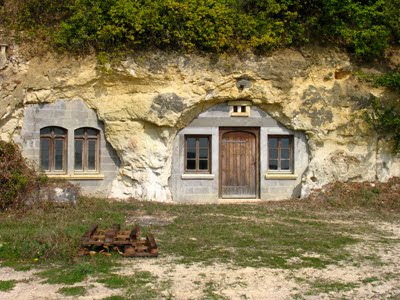 The small chai (above and below) 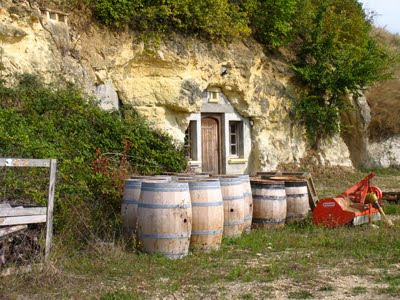 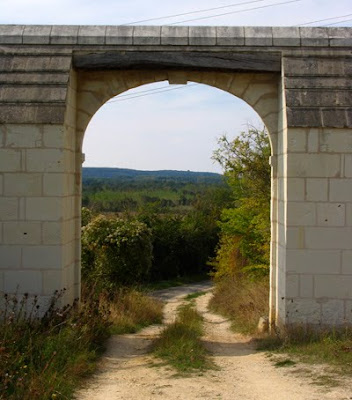 From the Coteau through the rather grand entrance 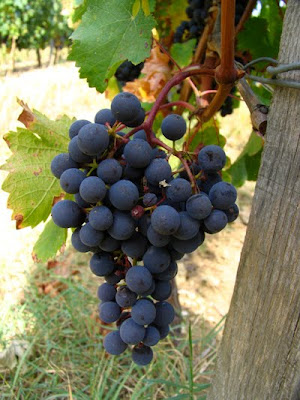 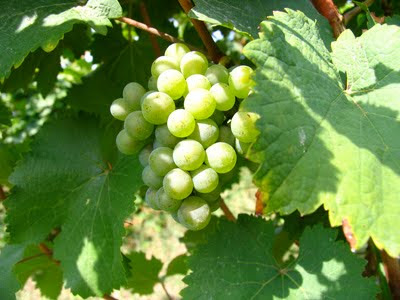 Clos de la Grille, domaine at the base of the coteau

Brilliant photos Jim, thanks. I've visited Philippe Alliet although haven't been out to the Coteau du Noiré.