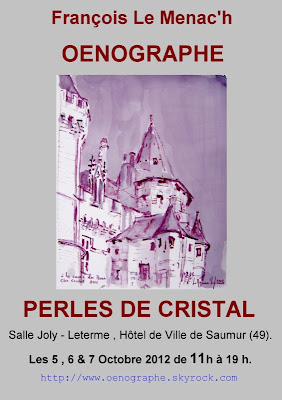 François Le Menac'h was one of the artists involved in last weekend's Bourgueillothérapie 2012, organised by Café de la Promenade . He paints with wine, so is an oenographe. The painting he produced last Sunday was of the president of the Cave de Bourgueil created with a bottle of Cornelius 2010. There will be an exhibition of François' work in Saumur between 5th and 7th October. 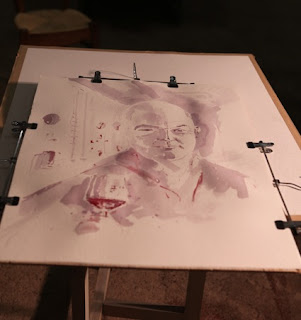 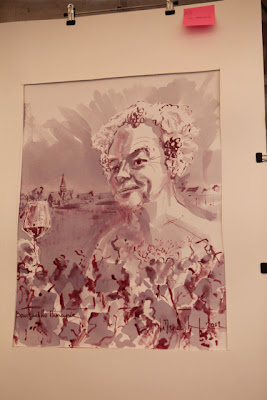 The completed portrait – after some revision from that above! 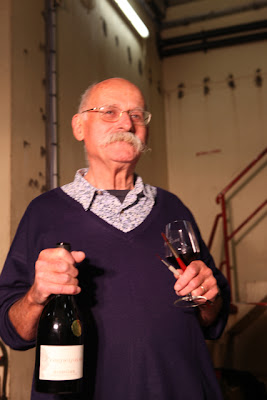 A couple of earlier works by François Le Menac'h: 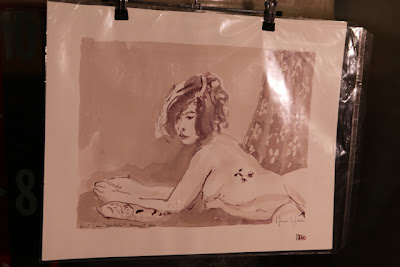 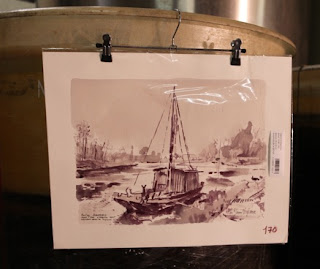