This year FestiVini runs from 7th - 15th September with a different event every day. See the programme here.

Tour tramway will be inaugurated this weekend 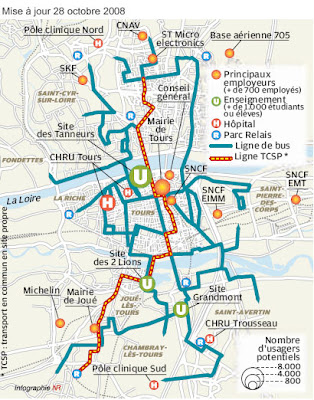 Map of the Tours tramway

After three years of disruption during work to install the Tours tramway, the new tram system will be opened this weekend: 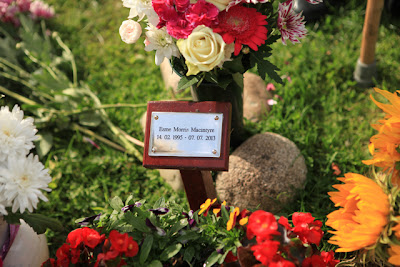 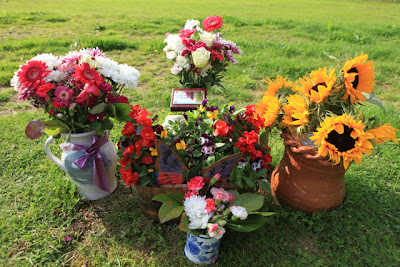 Between 20th-24th August Carole (CRM) rode 270 miles to raise money for the Teenage Cancer Trust in memory of her niece, Esme Morris Macintyre, who died on 7th July 2013 aged 18 after a very courageous and inspirational nearly seven-year battle against the disease. You can donate here. More details here. Also Esme's Adventure on Facebook. 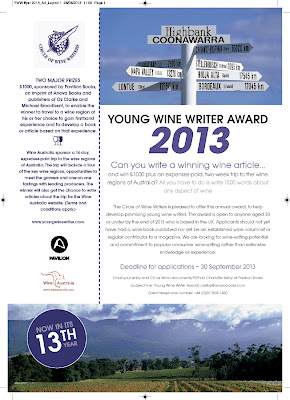 Calling for entries to the 2013 Young Wine Writer of the Year Award – 13th great year. Deadline for entries 30th September. Over the last few years competition for this prize, which has launched the careers of some now well established wine writers such as the first ever winner – Peter Richards MW – has really hotted up. The competition is open to anyone aged 30 or under on 31st December 2013.

The award is sponsored by the Circle of Wine Writers, Pavilion Books and Wine Australia.
Posted by Jim's Loire at 07:00 No comments: 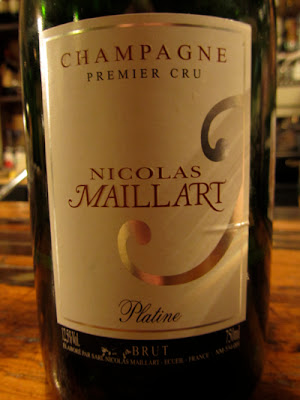 A bottle of Champagne – probably not easily confused with an iPhone..

The expected launch of a Champagne coloured iPhone 5S has caused anger at the CIVC (Comité Interprofessionnel du vin de Champagne) according to reports:

However, it would appear that Goemaere is mistaken ('utter bollocks' is the technical term) to say that 'Champagne' is not a recognised generic colour. According to Wikipedia the first recorded mention of Champagne as a colour was in 1915. 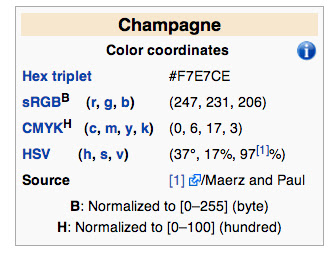 As well as the normal Champagne hue, there is medium champagne, deep champagne and dark champagne. Doubtless this will not prevent the CIVC going to court against Apple.
Posted by Jim's Loire at 14:33 1 comment: 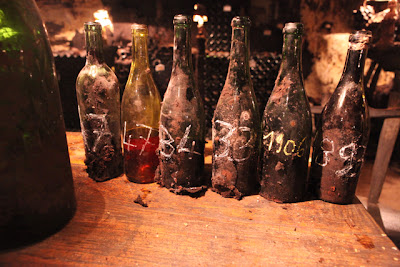 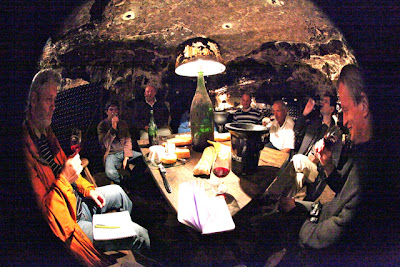 Tasting back to 1893 deep in the cellars of Lamé Delisle Boucard
Posted by Jim's Loire at 11:15 1 comment:

Amazing! It has finally got through to the geniuses who run the fraudulent 1855.com that their repeated failure over many years to supply the wines that their customers have ordered has made the company's name lethally toxic. So time to change the name – wipe the slate clean and hope that that there are still enough 'pigeons' to be taken in by this scam!

Shareholders in 1855.con will be asked on 19th September to vote through a name change – laundering 1855 to Héraclès (Hercules).

How very appropriate to name a company, which sells 'mythical' wines, after a mythical character!!

Fabien Hyon: Bonjour Emetic (Emetic is apparently the rather tasteless nickname used by Emeric's friends).
Emeric: Oui, bonjour Fabien!
Hyon: Emetic I think we have an increasing problem with 1855 name.
Emeric: Why's that?
Hyon: Doing a search on 1855.com brings up a lot of negatives. People are beginning to think we are fraudsters. It can't be long before the supply of pigeons (marks) starts to dry up. We need to react before its too late.
Emeric: Relax Fabien! Look we have got away with this scam for nearly 20 years – why change a winning formula?
Hyon: No I'm serious Emetic – a name change would freshen everything up. All the dirty washing would go and ABUS1855.com would no longer have any meaning.
Emeric: You may have a point Fabien. Any ideas?
Hyon: Well ...
Emeric: What about Hermes – the swift messenger to go with our new super-efficient logistics paltform?
Hyon: Emetic, I like the classical illusion but Hermes was the god of thieves! Isn't  that a bit too close to the truth?
Emeric: Perhaps...
Hyon: What about Héraclès?
Emeric: You know Fabien that's a great idea!

Assuming that the name change goes through on 19th September. The Fifth Labour of Hercules – Cleansing the Augean Stables – should become the First. Even better if the French authorities took on Herculean properties by closing down the 1855 stable!
Posted by Jim's Loire at 18:13 1 comment:

CRM's bike ride: some photos from along the way 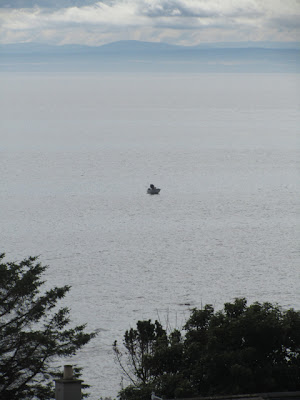 Someone fishing, their boat and the Cromarty Firth
The Black Isle is in the distance

Here are a small selection of photos taken during Carole's 270 mile Charity Bike Ride from John O'Groats to Kinnesswood.

In the top photo (near Balintore) it appears at first sight that the person fishing is completely alone. However, this is not actually the case. You will notice a black smudge in the firth just above the tree on the right hand site. This is a seal just one of a shoal of seals that were clearly visible just off the coast. 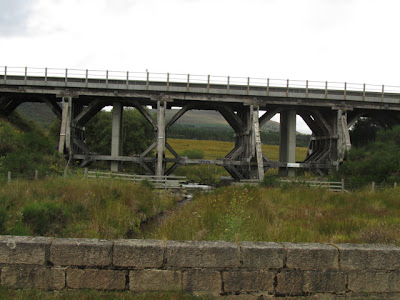 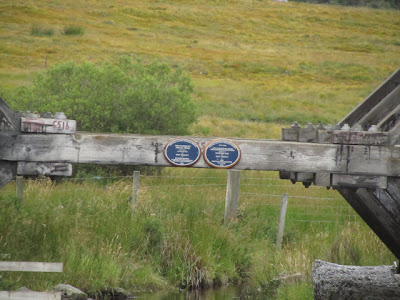 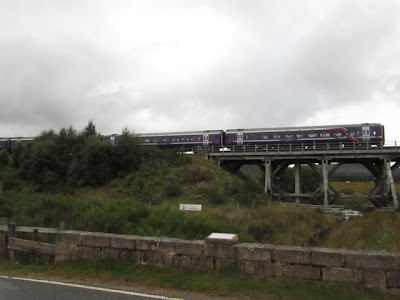 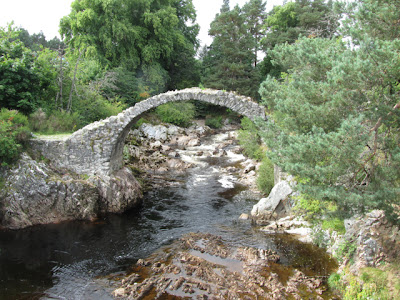 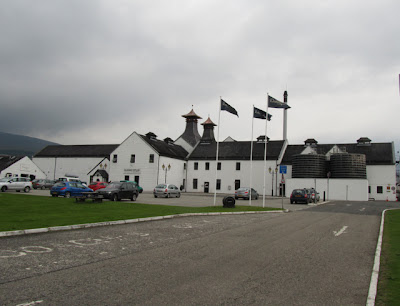 Dalwhinnie Distillery – one of the classic malts 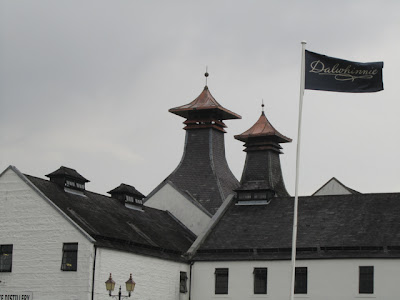 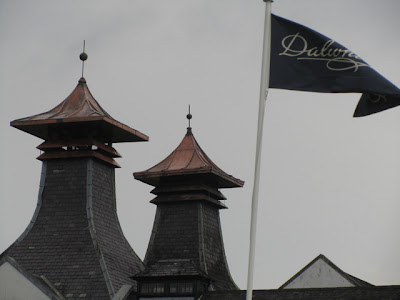 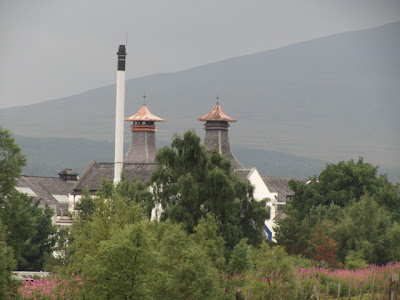 Distillery from the north 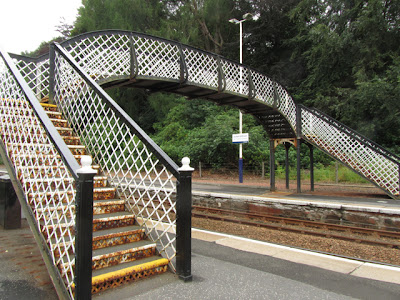 Footbridge@Dunkeld Station
Posted by Jim's Loire at 15:19 No comments: 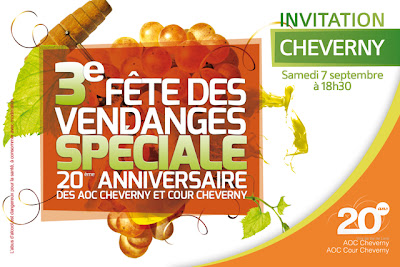 Details here and programme here. Celebrating 20 years of the Cheverny and Cour Cheverny appellations.
Posted by Jim's Loire at 11:37 No comments: 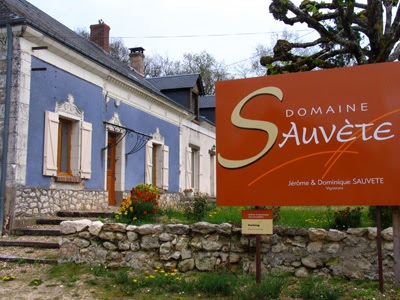