Arising from a serendipitous meeting over a glass of Pierre-Jacques Druet's Bourgueil Rosé at lunch in the press room at the Salon des Vins de Loire on Tuesday, five of us decided to launch a bi-lingual, cooperative blog: Les 5 du Vin
The five are: 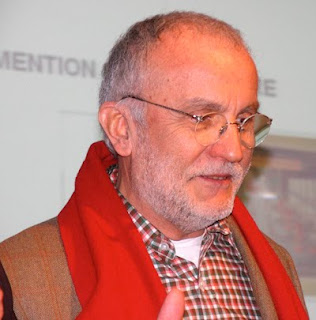 Jacques also has his own blog, which he started in 2005. He won the Loire section in the 2010 Wine Bloggers Trophy 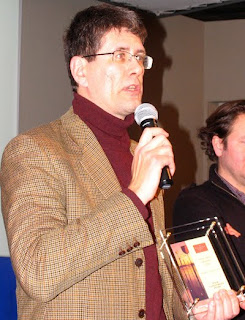 
Hervé also has his own blog, which he started in November 2007. It has attracted nearly 400,000 visitors and won the award for the best writing in the 2010 Wine Bloggers Trophy. 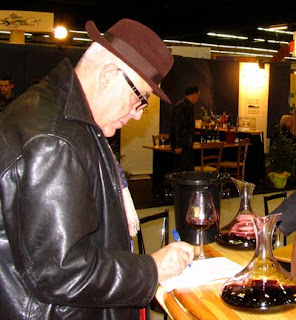 Michel Smith
Michel is a well-known wine and food journalist based in the Roussillon. He writes for a number of French magazines but is a virgin blogger. 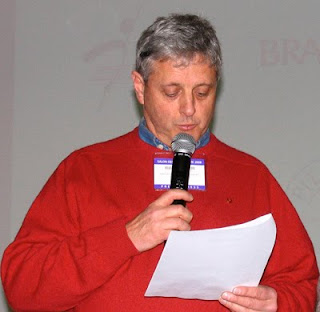 Marc is a well known wine journalist based in Belgium, writing for a number of French and Belgian titles. Like Michel, he is a virgin blogger. 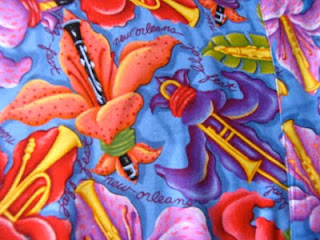 Jim Budd
Each of the five contributors will make at least one posting a week: Jacques on Monday, Jim – Tuesday, Hervé – Wednesday, Michel – Thursday and Marc – Friday.
Posted by Jim's Loire at 00:23

Jim - I opened the link to the blog and tried to leave a comment but nothing happened. All I wanted to say was - wow, what a great shirt !!

Thanks Jean – I don't know what happened to the link. I posted a comment there this morning. Will check it out.

The shirt is one of two that I have from the New Orleans Jazz Festival. I gather there is a new design each year

Sorry I meant the shirt below.The one on the new blog came from a charity shop in Putney.