See latest reports in Presse Océan here and here of the storm (Xynthia) that hit France's Atlantic coast overnight. There have also been storms in parts of Spain and Portugal. Also reports in Ouest-France including a gust of wind of 121 km/h at Martigné-Briand in the Loire.

At least nine deaths reported across France with a million homes without electricity. Probably the most severe storm since the two that hit France in late December 1999. 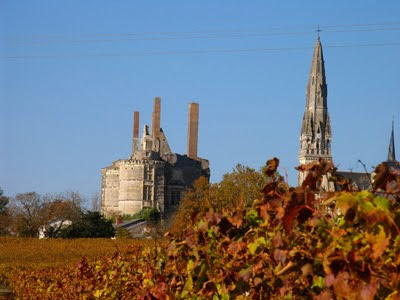 The château and church@Martigné-Briand
Posted by Jim's Loire at 11:35

We've lost a single slate off the roof, but others in town have much more damage. We haven't lost electricity at all, but people in nearby villages have.

I hope you came through it OK.

Susan. Glad to hear that you are OK. Fortunately we are not in France at the moment but have spoken to friends and Epeigné is among the 41,000 homes without electricity in Indre-et-Loire alone.