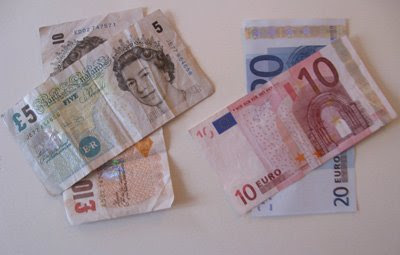 off licence news (30th January 2009) carried a news piece about Bibendum, one of the UK’s most important agency and importing companies, putting pressure on its suppliers to reduce their prices.

‘In a letter to producers, it said retailers were demanding cuts of up to 20% on products, which had forced it to reduce its costs. The correspondence continued: “We do not want to reduce to reduce the quality of the wine that we are sourcing, but we realise in certain areas this might be difficult.

“We are carrying out a full review of our supply base to guarantee we are buying at the best price in each region. If our supply base is not able to deliver competitive pricing, we will move to alternative suppliers.”

Obviously the recent weakness of sterling and rises is in UK duty are putting pressure on prices and the expectation of many large retailers appears as usual that it is their producers and importers who are expected to bear the brunt. Although I gather from Charles Sydney, Loire courtier, that the pressure on his Loire producers is to hold prices rather than to cut them, this is unlikely in other French wine regions where the pressure is to cut prices.

Quite why wine producers are expected to subsidise UK importers and retailers is rather beyond me. It has been the UK’s choice to remain outside the euro zone and therefore be subject to sharp currency fluctuations. Furthermore as sterling has been strong against the euro for much of the euro’s short existence, we have probably been lulled into a false sense of value and security.

In the Loire it will be difficult enough in 2009 to hold prices as for many producers the harvest was small – down by at least 20% and often much more especially in Muscadet. Costs – bottles, labour etc – continue to rise. Vignerons continue to invest in their vineyards and wineries. The impressively gentle handling of the fruit that I saw in many wineries in the Central Vineyards comes at a cost – conveyor belts, sorting and vibrating tables are not given away. A more organic approach in the vineyard tends to mean higher labour costs as does reducing yields by debudding, etc.

Some small top Loire producers like the Cotats in Sancerre, Domaine Didier Dagueneau (Pouilly and Sancerre), the Foucault brothers (Saumur/Saumur-Champigny) and Philippe Alliet (Chinon) can afford to tell buyers to go elsewhere if they don’t like the price. At these domaines it is often more a question of whether they have any wine available to sell. However, it will be rare for larger producers to be able to ignore the UK market and it is here that tough decisions on both sides will have to be made.

A bottle of wine in the UK costing £4.99 is estimated to contain wine costing a maximum of 85 centimes. All the rest is tax, bottling, labeling and transport costs plus the retailer's margin. The average price of a bottle of wine in the UK crept over £4 last year, although with consumers trading down in the recession it may have now fallen back just below the £4 mark.

Last week a long established UK courtier remarked that he thought that the UK was no longer a prestige, quality market. I was surprised he had only just noticed this and said that this had been my view for a number of years as much of the UK wine trade has become increasingly fixated by price. It is now not unusual for top producers to ignore the UK market as they can perfectly well sell all they produce in other countries without lowering their prices for the UK.

Will the shelf space devoted to French and other European wines decline as dramatically as some buyers currently envisage? For instance will New Zealand and Chile, whose currencies haven’t risen against sterling, be the main suppliers of Sauvignon Blanc to the UK? We will have to see, though sales from France have already decreased by 20% over the past five years. If UK supermarkets concentrate solely on price that will provide a further opportunity for the thriving small independent sector.
Posted by Jim's Loire at 15:41