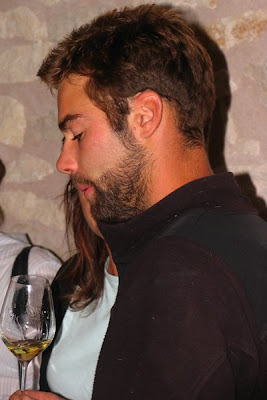 Louis-Benjamin Dagueneau: September 2007
Today's posting on Peter Liem's Besotted Ramblings is a fascinating and carefully considered report on a recent visit to see Louis-Benjamin Dagueneau at Domaine Didier Dagueneau. Peter sensed that Benjamin is in control of this very difficult and demanding situation. This was my impression when I dropped in briefly with Benoît Roumet of the Bureau du Centre in early October during the vintage.
Posted by Jim's Loire at 23:50