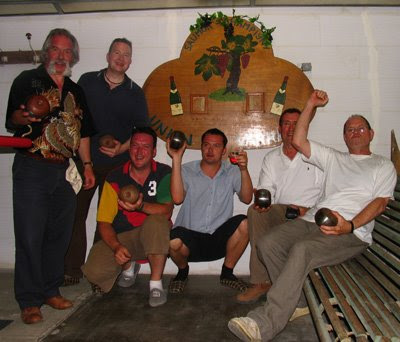 The victorious Brit team including Malcolm Gluck, Nigel Wilkinson (RSJ Restaurant), Jack Hibbberd, Stuart Pesketh and Jim at the boule-drome in Varrains, close to Saumur
Indoor bowls (boules de fort), using a curved surface, is a popular game in parts of the Loire mainly from Angers through to Vouvray. La Nouvelle Republique has a report on the success of a fairly recently formed club in Blois that is open 24 hours a day, seven days a week.

Back in August 2005 when the Saumur-Champigny producers organised a memorable UK press trip around a cricket match, they also included a game of boules de fort in the programme. Their guests were sufficiently ill-mannered to go and win not only the cricket but the game of boules as well! 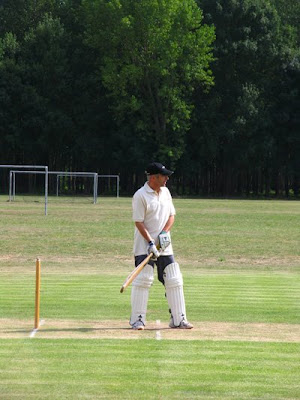 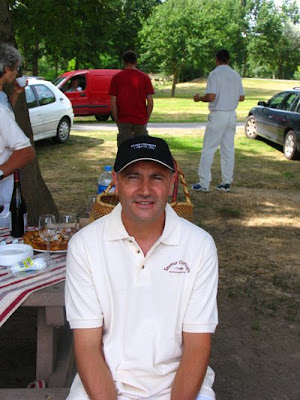