Around the Salon: Tuesday 3rd February 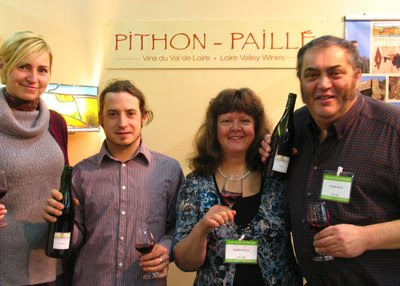 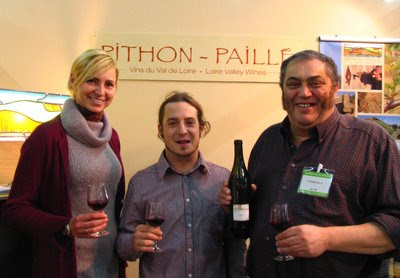 Jo: "We have three roughly equal sections in Pithon-Paille – one third my wine, one third Anjou Blanc produced as a négociant and one third other Loire cuvées such as Savennières, Quarts de Chaume, Bourgueil, Chinon etc. I still have the three hectare Les Treilles and two hectares in Saint-Aubin – the Clos des Bois, which includes 0.5 ha of red – Cabernet Franc., and 0.25 ha in Savennières. We would like to get to seven or eight hectares with more vines in Saint-Lambert-sur-Lattay and Savennières adnplant a bit more of Les Treilles.

"For the moment we are able to vinify and age our wines at the Château de Fresnaye (near Saint-Aubin-sur-Luigné and which dates from the 17th century). The château, owned by Philippe and Laure Baudin, is up for sale but I anticipate that any sale is is unlikely to go through for a year or two. We plan to build a new chai at Beaulieu-sur-Layon in the future.

I ask Jo how easy it is to buy grapes especially in appellations like Savennières. "Over many years in Anjou I have built up a lot of contacts. Also in view of happened last year many producers have been happy to give me a helping hand. In particular Etienne Bonnaventure (Château de Coulaine) helped me a lot in Chinon."

I tasted a range of wines –mainly unfinished ones from 2008. There will now be two cuvées from Les Treilles – a top cuvée called Coteaux des Treilles, which will represent 25% of the harvest and a second cuvée called Belargus des Treilles – named after Belargus a blue butterfly found in the vineyard. Most of the 2008s will be available from September.

Clearly the events of this time last year were traumatic for Jo and Isabelle but they have turned over the page and Jo is postive and optimistic about the new venture. "I was happy to leave – they did not have the same conception of wine as I have. Instead I'm happy to be doing what I am doing now – it is a great opportunity to be buying grapes from terroirs that I have never worked with before."

Pithon-Paille are continuing to work with Charles Sydney. I just hope that there is someone with a hard business head in the new team that will keep the show on the road. Over the past 20 years commercially Jo has had a roller-coaster ride but over that period he has produced some stunning wines. 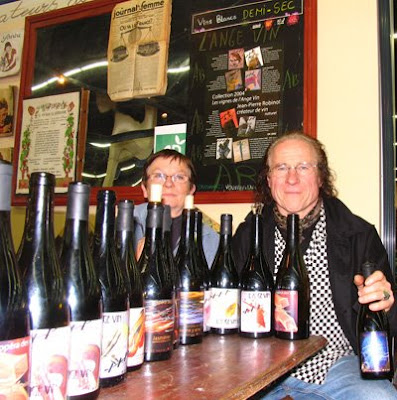 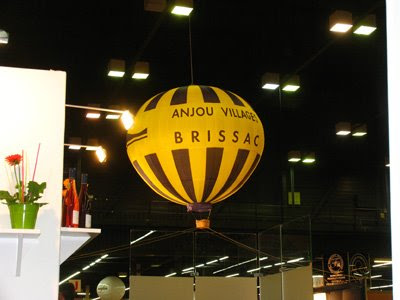 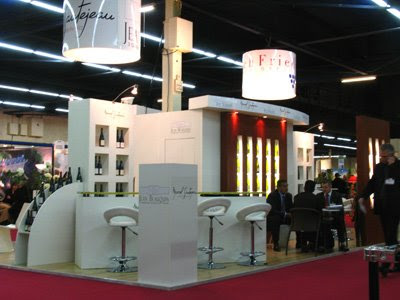 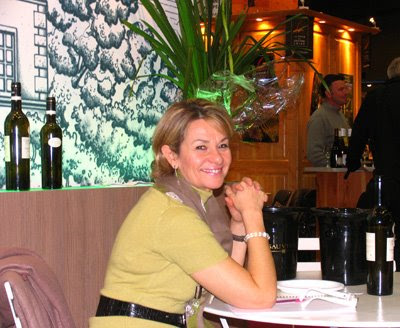 Rosalind was one of the first people I met in the Loire when I started writing about wine back in late 1988. My first professional trip to the Loire was in February 1989 and Rosalind had just recently started working for the Vins de Nantes as their press officer. She worked for the Vin de Nantes for a number of years before moving to work for the Sauvions at Château du Cléray. 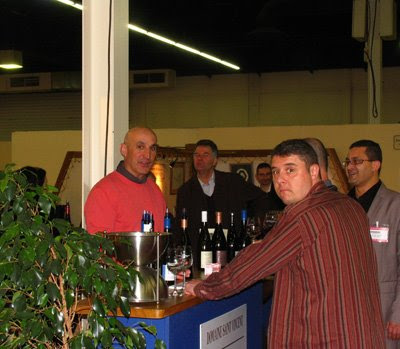 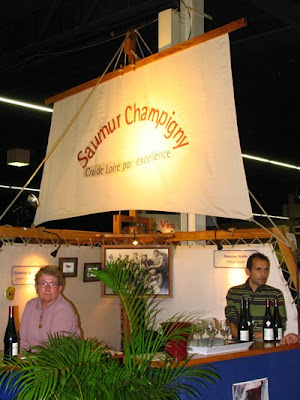 Hoping to make a sale! 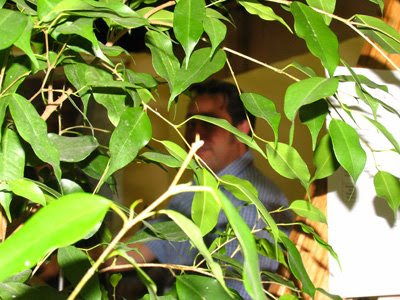 Back to his roots?
Richard Desouche of Château de Chaintres, Saumur-Champigny 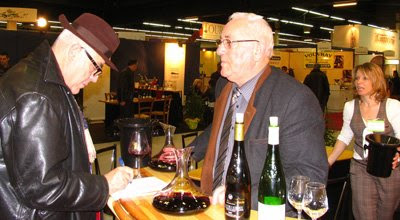 More pictures and comments to follow....
Posted by Jim's Loire at 18:30

There is a site that has examples of aura camera systems at www.auracamera.com that prints aura photos. Has anyone experienced this system?