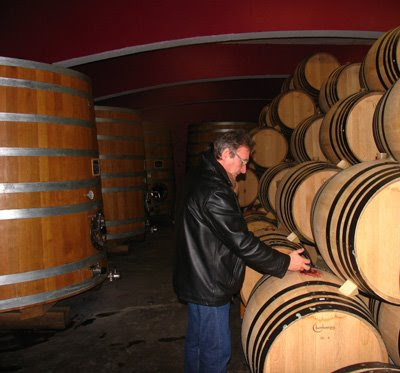 My fourth visit on the eve of the big Pinot Noir tasting on 19th December was to Domaine Alphonse Mellot where I tasted the latest cuvées with Alphonse snr. The visit reinforced the overall quality of the Alphonse Mellot reds as indeed the tasting the next day where the Mellot reds performed consistently well. As Chris Kissack recently asked, "How can you make red Sancerre this good?" Low yields and meticulous work in the vineyards is a large part of the answer. Another significant part of the answer is the vision and determination of Alphonse Junior, who, when he joined his father in running the business in 1993, told him that he wanted to make high quality Pinot Noir. Alphonse snr famously told him it wasn’t possible. Junior soon proved his father wrong 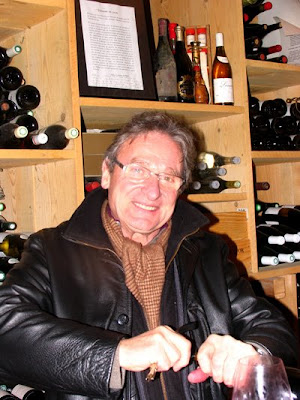 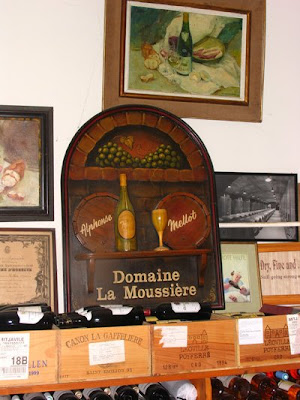 With Alphonse we tasted a number of impressive 2008 barrel samples both white and red as well as the just bottled Génération XIX 2007 Sancerre Rouge that had very impressive depth and finesse for this difficult vintage. Next was the trio of the Mellot top reds from 2006 – Les Demoiselles, En Grand Champs and Génération XIX. Although the first two were very good, particularly the rich and soft En Grand Champs, Géneration XIX had a balance and completeness that Les Demoiselles and En Grand Champs didn’t have.

Alphonse spoke about the importance of touch and feel in winemaking. “To make great wine,” you have to take a risk,” he maintains. 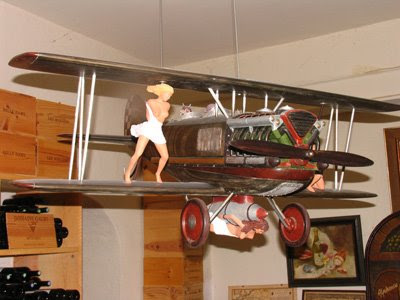 To be continued with more reports from my visit to Sancerre in mid-December 2008.
Posted by Jim's Loire at 22:20