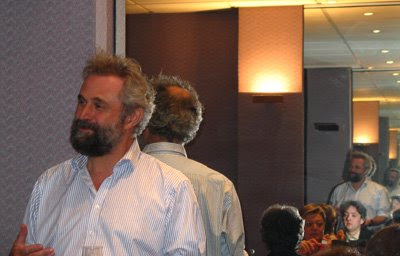 A possible nightmare: five Charles Sydneys for the price of one!
Now back in London having driven back up from the Loire. Plenty now to write up, especially the brief entries over the last few days. Spending the day at the Salon and then going out in the evening leaves little time for writing and posting. More pictures have been added to the Wine Bloggers trophy competition. 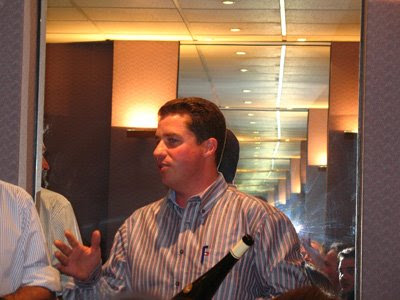 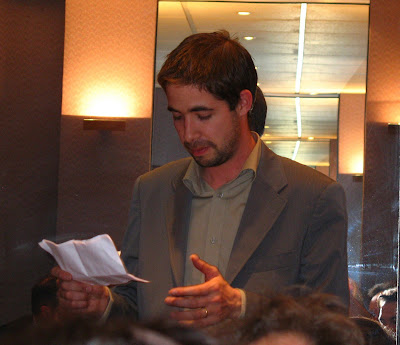 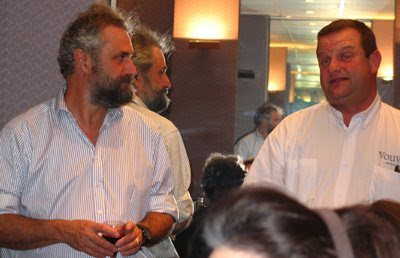 "It only rained on my neighbours' vines!" Charles is frankly
sceptical of Alexandre Monmousseau's claim 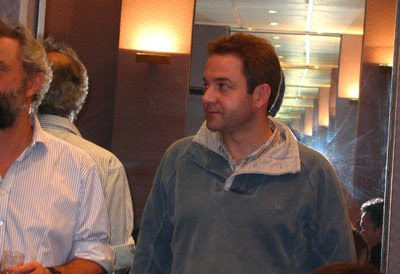 Chris Hardy, wine buyer for Majestic Wine Warehouses
"It's going to be a tough year."

I'm sure Olivier Mouraud, commercial director of Bougrier SA, would agree. In the first year of their new vendangeoir in the Pays Nantais they made just 2500 hl of Muscadet-sur-lie in a facility designed for 8000-10,000 hls. "We are close to Castel's new facility in la Chapelle Heulin," Olivier told me, "and we have benefitted as Castel have paid for all the infrastructure to be put in." 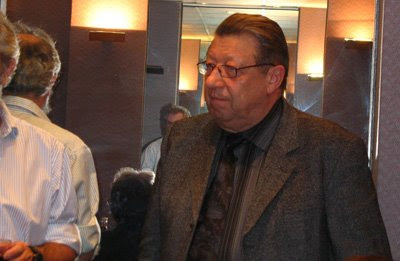 In the light of current pressure from UK buyers on French producers to lower prices to compensate for the fall of sterling against the euro, Jean-Marie Bourgeois (Henri Bourgeois) remarks that when sterling was strong UK buyers didn't press producers to put up their prices! 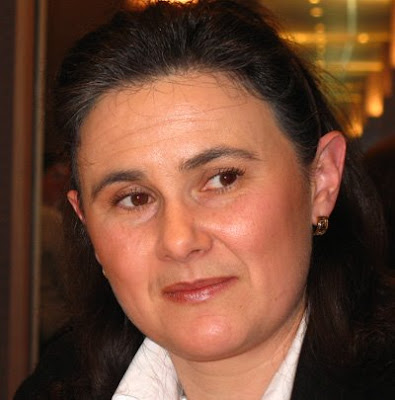 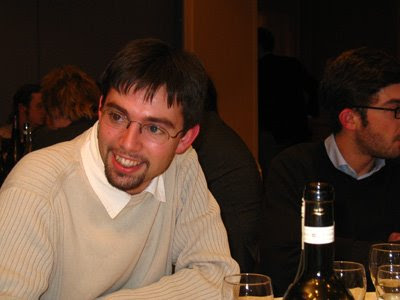 This is always a very good opportunity to taste lots of different wines, as long as you can remember what you have poured into what glass. The growers bring along a selection to try – sometimes new wines not but often bottled wines from the last few years – often from good vintages.

Some wines I enjoyed: 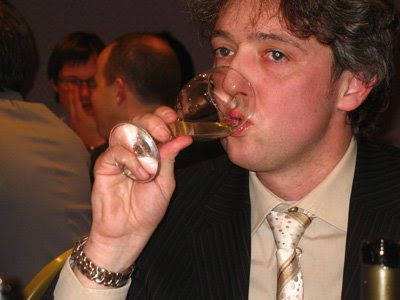 Reds:
2005 Le K Ampelidae, VDP de la Vienne
2005 Les Varennes du Grand Clos Clos, Chinon, Charles Joguet
+ 2007 Clos de la Dioterie, Chinon, Charles Joguet
A reminder that I need to seriously review the recent vintages of this domaine after the dilute disappointments released in the late 1990s and early 200s.
2005 Quintessence, Saumur-Champigny, Château du Targe
Very concentrated and initially very impressive but I suspect one of those wines where one's enthusiasm declines rapidly because it is showy but not drinkable. of course in 5 or 6 years it may be stunning! 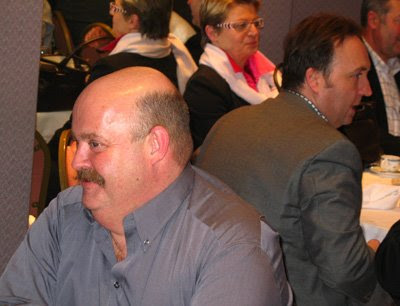 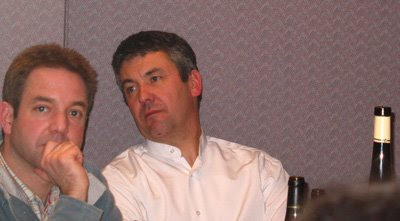 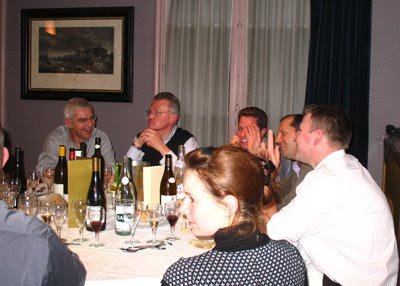 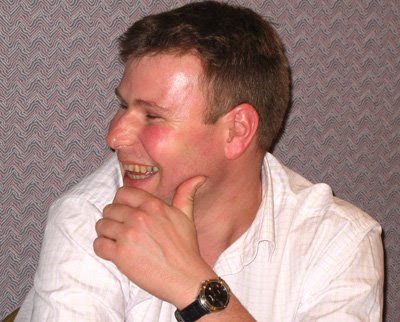 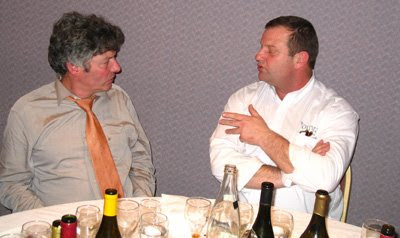 With several growers from Sancerre and Pouilly present, the lamentable state of the Clos de la Poussie (Bué, Sancerre), owned by Baron Patrick de Ladoucette came up. They expressed anger and frustration that one of the finest sites in the area is now in such as ruinous state – contrasting this with the Baron Patrick's well-groomed vines around Château du Nozet in Pouilly. 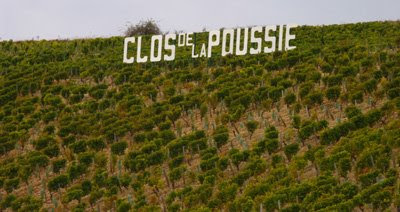 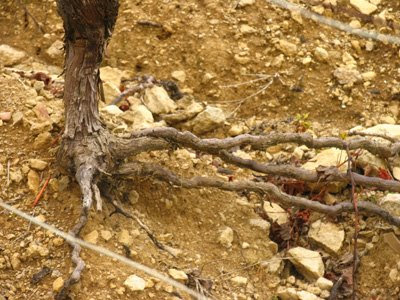