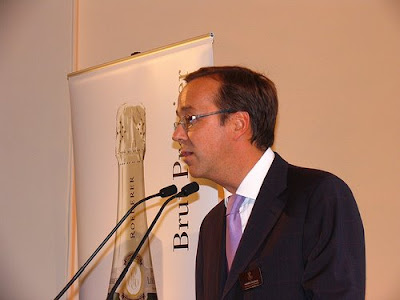 Frédéric Rouzard, managing director of Louis Roederer, at the presentation of the 2008 awards in London last September
Louis Roederer are now inviting entries for their International Wine Writers' Awards. There are seven categories including Category 5: Online Wine Writer of the Year 2009 – for entries on specialist websites or blogs.

'Louis Roederer is pleased to announce the fifth Louis Roederer International Wine Writers’ Awards and is now inviting entries from writers and broadcasters worldwide, whose main profession is writing or broadcasting about wine.

The winner of each category will receive £1,500 and a magnum of Louis Roederer Cristal. Where more than one writer is named on the work, the prize will be shared.
Closing date for entries to be received is 27th March 2009. A shortlist will be announced before the presentation of the awards in September.' 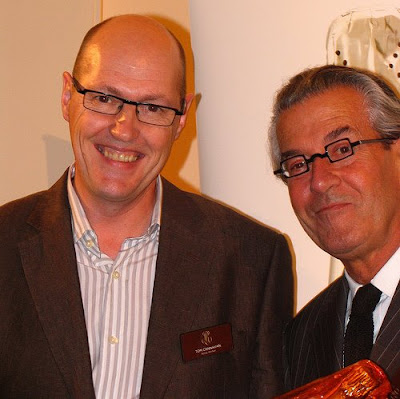 Just for a moment, I thought it said "Bruno Paillard" on the poster in the top picture...

That would have been a good story....