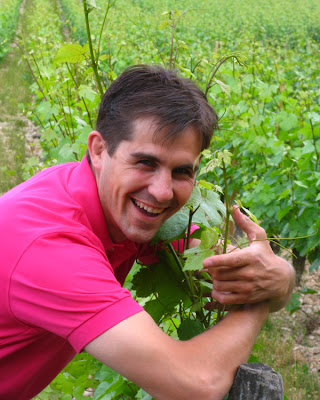 Jean-Laurent Vacheron is fiercely protective of  his vines 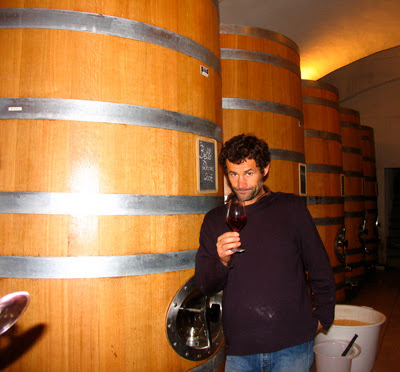 Jean-Dominique Vacheron tasting in the family cellars
Last Wednesday evening I had the unusual pleasure of seeing Jean-Dominique and Jean Laurent Vacheron in London to launch their extended range of single vineyard terroir wines. Unusual because we normally see the Vacheron family in Sancerre. The Vacheron family have long had two single vineyard wines – Les Romains on flint for their white and La Belle Dame, also on flint, for their red.

As well as the new wines – Le Paradis, Chambrates and Guigne-Chèvres – being a logical extension to their two single vineyard wines – La Belle Dame (first vintage 1995) and Les Romains (first vintage 1997), this is a further indication of the Loire’s far greater affinity to Burgundy rather than Bordeaux. This is perhaps not a surprise for Sancerre – after all Pouilly-sur-Loire on the eastern bank of the Loire is administratively in Burgundy. However, one might assume that much of the rest of the Loire with its attachment to Cabernet Franc would look towards Bordeaux. This is by no means the case. Producers, like Thierry Germain and Jean-Pierre Chevallier for example, find that they have far more in common with Burgundy and their detailed classification based on terroir than they do of Bordeaux, which to a considerable extent is classified by ownership. Furthermore the Loire, like Burgundy, remains a region where the family continues to play a very important role.
Single vineyard wines are already well established in the Loire with the Clos de l’Echo perhaps the most famous. In Sancerre there have long been some  well established single vineyards such as Les Monts Damnés and Culs de Beaujeu  in Chavignol, Le Chêne-Marchand and le Clos de la Poussie (the latter sadly much abused by its current owner).
All the wines shown over dinner at Hibiscus were 2010 with the exception of the 2008 Belle Dame. 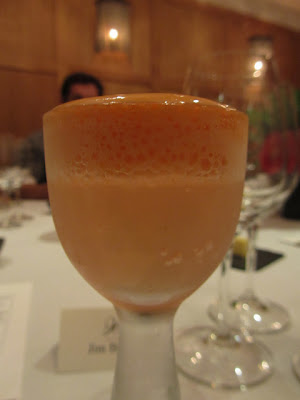 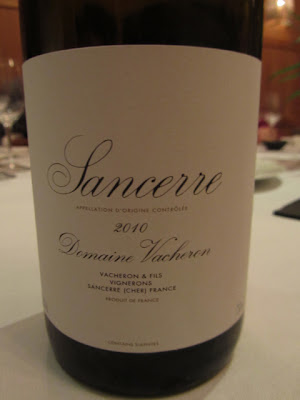 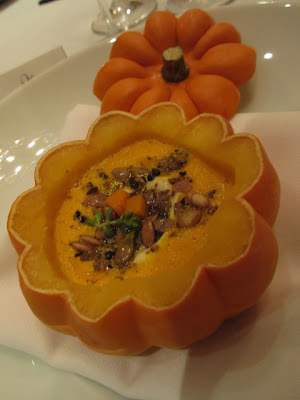 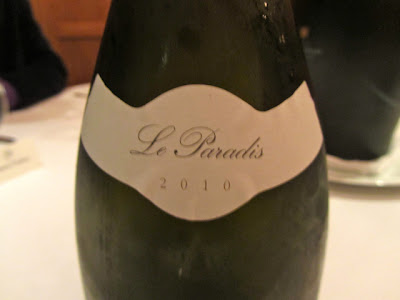 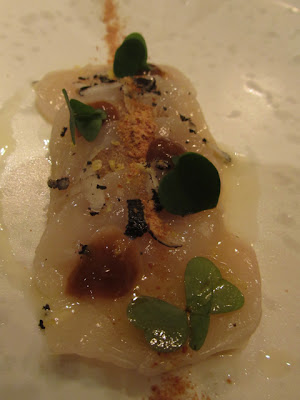 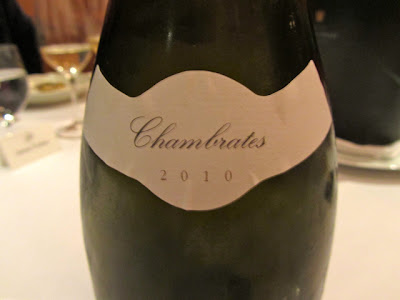 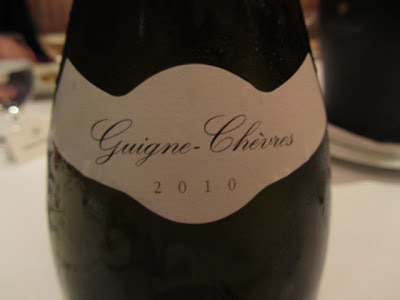 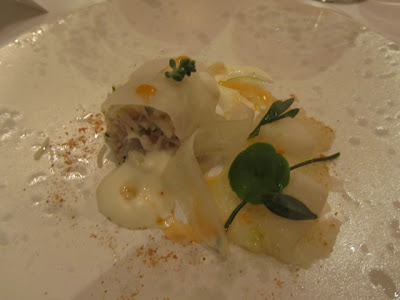 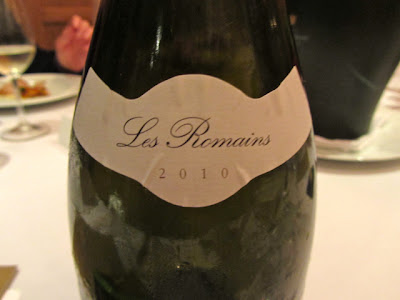 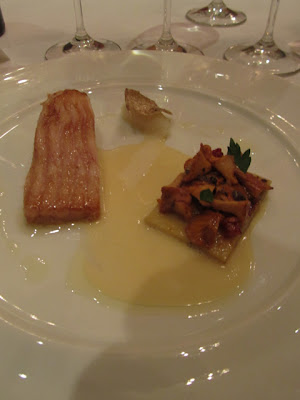 Skate
Roast skate wing, fricassée of Scottish girolle mushrooms, Morteau sausage, Lancashire mead sauce
Les Romains – from vines on silex (flint). This is a Vacheron classic having been released as a single vineyard wine since 1997 from vines planted in 1968. 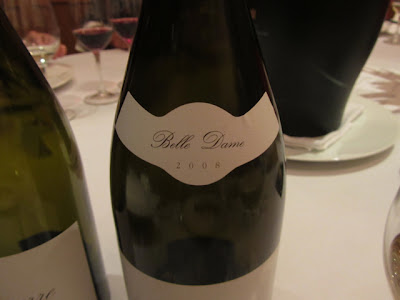 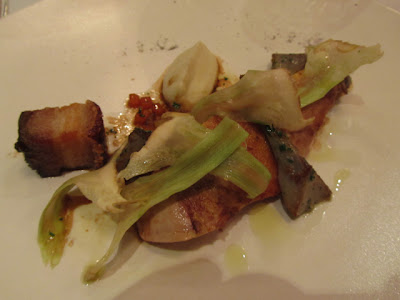 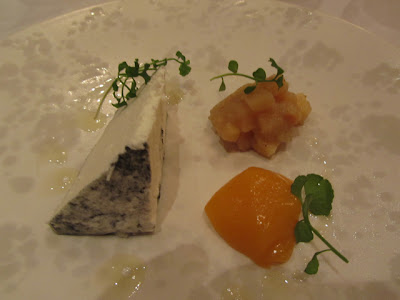 Nice. I think the lady who was managing the Ledbury went there last year, but has since moved on to open a pub (according to UK wine forum).
Looks like a terrific evening Jim.