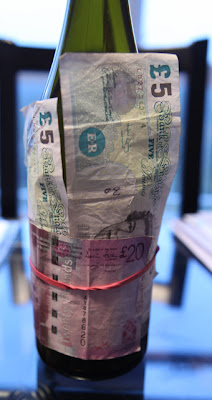 An opportunity for Pancho Campo to 'enrich' himself?

Recently a long-time subscriber wrote to The Wine Advocate asking about Jay Miller's integrity in the light of revelations in Spain. He received the following response:
'Dear Mr. *** -
I appreciate the concern, but we have thoroughly investigated all of these rumors, found them to be totally false, and retained an attorney to take whatever action is required against the bloggers who have initiated these malicious lies against Jay Miller.. all the best, RMP'
(sent from the email of the secretary of The Wine Advocate)
Yesterday I sent a number of questions (see below) and copies of emails that detail the organisation of the proposed trip to Robert Parker. I have had no response whatever – not even a note saying 'Sod off' or words to that effect.
Questions I sent to Parker (23.11.2011)
A few questions if I may.
I understand that you say a ‘thorough investigation’ into ‘all these rumours’ over Jay Miller’s proposed visit to Murcia has been carried out and that this investigation ‘found them to be totally false’.
Who carried out the investigation and what was its remit?
Pancho Campo says that you asked him to organize all of Miller’s visits in Spain. Is this correct?
Did the investigation include looking at the level of charges levied by Pancho Campo MW and the Wine Academy for organizing Miller’s visits?
Did the investigation consider whether there is a connection between Campo’s commercial interests and the Spanish regions, wineries and people that Miller meets?
I understand that Miller will not be visiting Vinos de Madrid because they could not afford Campo’s fees? Is this at variance with your guidance to your reviewers?'

Unfortunately Parker's 'thorough investigation' appears to have failed to look at the real concern – Pancho Campo MW. I, for one, have never accused Jay Miller of accepting money for tasting wines or visiting Spanish wineries.


Instead the real issues were raised by