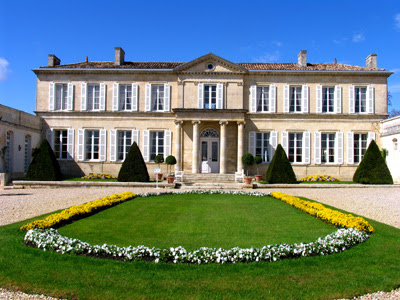 Château Branaire-Ducru – just one of the many wines outstanding

In my email correspondence a few weeks ago with Fabien Hyon he told me to read 1855's annual report. Wise man Fabien! I did read it but missed a vital section – the 2010 report does run to 78 pages – which one of the many 'friends of 1855' has kindly drawn to my attention.
Page 26 of the report sets out the company debts and, in particular, the value of the en primeurs yet to be delivered. The total outstanding is 20.037 million euros. Of this 6,957,000 euros is outstanding for less than a year, 10,842,000 for between one and five years and nearly three million euros (2,893,848€) is outstanding for over five years. (From the report: Cette ventilation s’appuie sur la meilleure estimation des livraisons à venir.)
Remember that the company's turnover in 2010 fell by nearly 24% to 7,620,722€ and one can understand why 1855 continually has 'logistical' problems that holds up deliveries and why the 2008 en primeurs, which should initially have been delivered around June of this year, have been put back to the end of this year. What chance of that promise being fulfilled?
I'm unable to find a similar breakdown in the 2009 report, although the value of en primeurs owed to clients is listed on page 27 as 7,759,142 euros, which indicates that the situation got dramatically worse in 2010 – entirely contrary to the claims made by Fabien Hyon.
Without injections of capital of 11.2 million in 2010, 1855 would surely be bust. Even this injected sum doesn't cover what is owed to clients, so is the company now insolvent?
'Management' and leading shareholder of 1855
Emeric Sauty de Chalon and Fabien Hyon are the senior 'management' team of 1855 (1855.com, 1855.con). Thierry Maincent was an administrateur and one of the directeur général délégués until he resigned his posts for personal reasons on 30th September 2010. Businessman Jean-Pierre Meyers, who is on the boards of L'Oreal and Nestlé, is a long-term shareholder of 1855.
I'm sure that as a long term shareholder Jean-Pierre Meyers would welcome letters from frustrated clients of 1855. As he is on the board of L'Oréal letters can be addressed to him here:

Just the latest in a series of fresh capital injected into the company this year, which appear to make little or no difference to the delivery of the en primeurs now stretching back to the 2000 vintage.