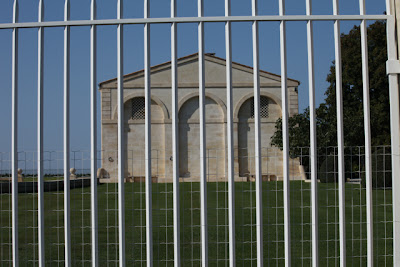 'I attended a hearing in Paris yesterday relating to 6 bottles of Mouton Rothschild 2008.


Hearing on 16 November 2011
First, I explained to Le Greffier that 1855.com had failed to deliver my wine in Spring 2011.
Secondly, I explained that 1855.com had failed to deliver my wine by 30 September 2011 being the date on the Ordonnance d’Injonction de Faire.
Finally, I asked Le Greffier to order 1855.com to pay compensation of €4,000 plus my costs of €1,500. Le Greffier granted 1855.com an extension until 16 February 2012 to deliver the wine.
I explained that I have received more than 20 promises to deliver the wine in September and October alone and that I was not prepared to receive yet another promise. 1855.com attributed the delay to difficulties with distribution which occurred as part of a merger with new businesses – at least this is what I think was said – and Le Greffier appeared to accept this as being a satisfactory explanation. Le Greffier noted that I had come from London to attend.  This may count in my favour at the hearing on 16 February 2012.
General Observations:
1       1855 has two lawyers in the tribunal room one of whom is either unqualified or in training as she was not wearing a gown.
2       If the demandeur is not present or unrepresented then the unqualified/trainee lawyer approaches the bench on behalf of 1855.  The date for delivery usually extended to February/March/April 2012.
3       If the demandeur is present or represented then the qualified lawyer approaches the bench.  I note that one demandeur’s lawyer had a large bundle which included what would appear to be a judgment.
4       There were approximately 25 other 1855 matters to be heard that morning alone.
Conclusion:
I really don’t know what to make of yesterday.  I have no idea how Le Greffier can hear so many demands against the same defendant and yet still extend the period for delivery.  It defies common sense.
It may have been a complete waste of time save that I had a very enjoyable day in Paris. Alternatively, I may be better placed to deny 1855.com an extension in February 2012.
I am unclear what Le Greffier can do to compel 1855.com to either pay compensation or deliver the wine.
Finally, I write a wine blog for www.propertyweek.com and will be writing about 1855.com for my next article.'
Noticeable that there were approximately '25 other 1855 matters' before the court on 16th November underlining the company's appalling reputation.
Posted by Jim's Loire at 17:40

Hey,
I've seen you on thursday and i have related the court on lpv's forum (lapassionduvin.com).
I was really disapointed for you.
Jim who understand very well french can explain you my post. You can contact me if you need through lpv's forum

This is a misunderstanding. I'm not involved in the court case. It was Mark Adams who was in court.