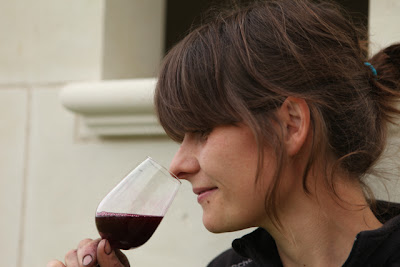 
Naked Wine and Real Gamay in London
As a pre-launch Alice Feiring will be at Soif on Friday 18th November.
Notice from Alice's site:
'If you're at the VinNatur tasting in Zurich next week, please say hi. And if you're a reader of mine in London, come hang on November 17th. The event will be staged at  Soif, the newest winebar in London.  Buy a book, let's talk and drink and Q&A, and schmooze, because I tell you, Kate Thal knows how to put on a show. It's going to be terrific! And in the spirit of Nouveau Day, come and take back Gamay! The real deal for real people.'
•
The Loire project in St Martins Lane, which had been due to open this autumn, has been put back to to next Spring.
Posted by Jim's Loire at 10:05