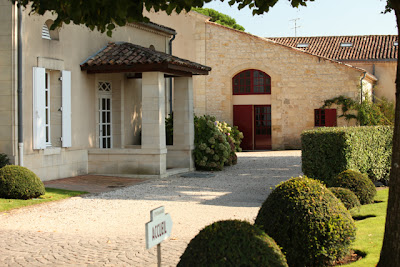 We are doing our best to deliver the wines as soon as possible.'
**
Jean-Pierre Meyers gets tax bill for 2.5m €
A news flash from Le Figaro late yesterday afternoon reported that Jean-Pierre Meyers has received a tax demand from the French tax authorities for 2.5 million euros. It would appear that Le Fisc believe that Meyers actual salary and those of his employees is much higher than has been claimed. Le Figaro:
'Le fisc réclame 2,5 millions d'euros de redressement fiscal au gendre de Liliane Bettencourt, Jean-Pierre Meyers, estimant que son salaire au sein de la holding familiale Téthys ne se justifie pas, écrit le JDD dimanche. Interrogé par l'AFP sur le cas de Jean-Pierre Meyers, le ministère du Budget n'a pas souhaité faire de commentaire.'
Read the rest here.
This has not been a good week for the Bettencourts and Jean-Pierre Meyers as le Figaro reported on 23rd November that Le Fisc is claiming more than 77 million euros from Lillian Bettencourt, Meyers' mother-in-law, for 100 million euros found in bank accounts in Switzerland and Singapore.
Read the details here.
What a delicious irony that the 1855 scam may been kept afloat by money that should have been paid to the French tax authorities!
**

'Management' and leading shareholder of 1855


Emeric Sauty de Chalon and Fabien Hyon are the senior 'management' team of 1855 (1855.com, 1855.con). Thierry Maincent was an administrateur and one of the directeur général délégués until he resigned his posts for personal reasons on 30th September 2010. Businessman Jean-Pierre Meyers, who is on the boards of L'Oreal and Nestlé, is a long-term shareholder of 1855.