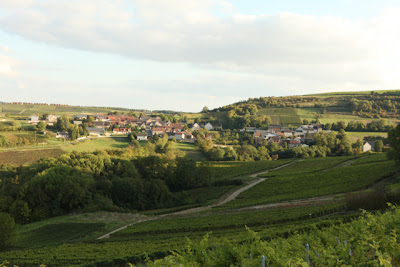 Small commune of Amigny, part of the commune of Sancerre, and just to the west of the town
Series of photos taken on the evening of Thursday 22nd September in a soft, warming light. 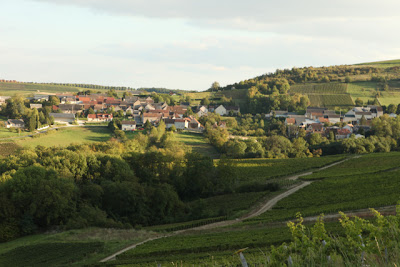 Amigny and some of its vineyards 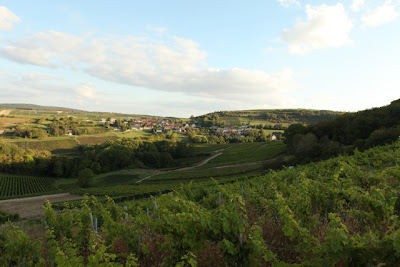 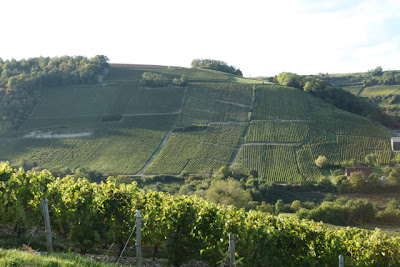 Le Cul de Beaujeu
Although the Côte de Monts Damnés is better known, Chavignol has another equally good and equally steep vineyard – Le Cul de Beaujeu. Similarly terres blanches (clay and limestone), it lies just to the south of the village and like Les Monts Damnés towers over Chavignol. Cul de Beaujeu wines from the Cotats and Gérard Boulay are often amongst the top Sancerres – powerful but with a strong minerality. 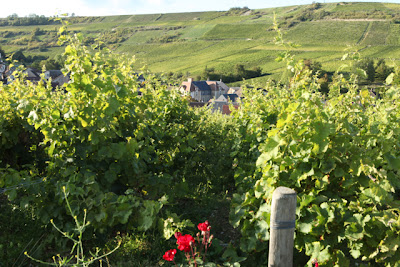 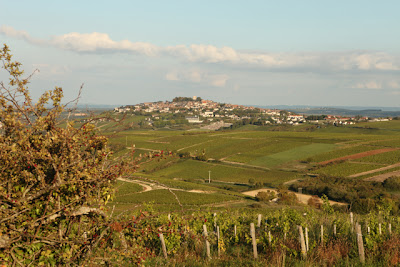 Looking east from above Chavignol (south of the village) towards Sancerre 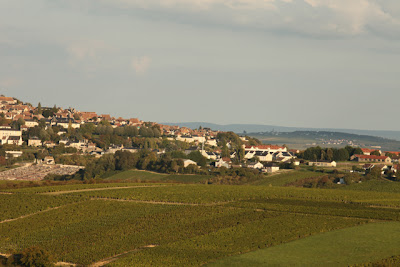 Western part of Sancerre with Saint-Andelain in the middle distance 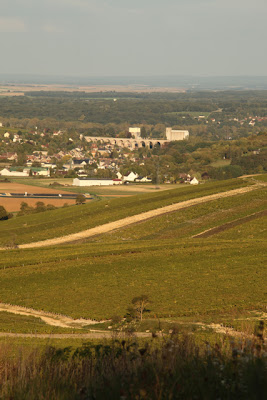 Vineyards and the railway viaduct at Saint-Satur
Posted by Jim's Loire at 18:54