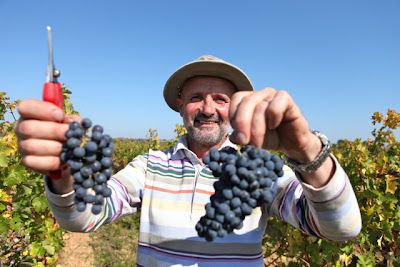 Yves Guegniard with his Cabernet Sauvignon
Thursday 29th September was another very hot and virtually cloudless day in Anjou with temperatures reaching 32C in Saint-Aubin in the early afternoon. Even at 6pm it was still 30C in Brissac-Quincé. Many producers have spoken of how delighted and surprised they are by the change in the weather over the last ten days, which has transformed the outlook and potential of the 2011 vintage. 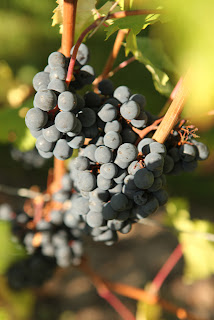 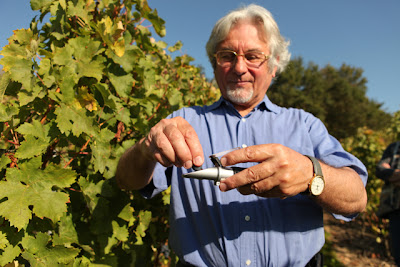 Jacques Beaujeau checking the alcohol degree of his Cabernet Franc 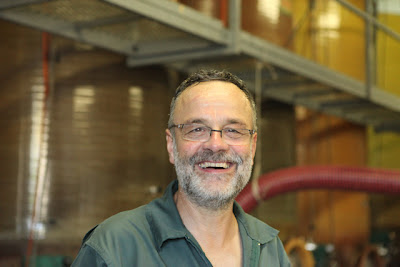