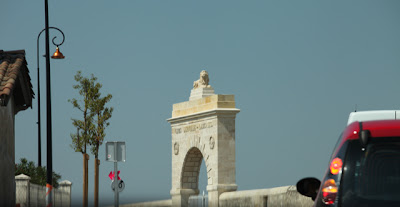 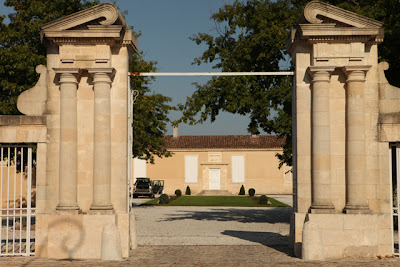 Entrance to Léoville-Las-Cas
Emeric Sauty de Chalon and Fabien Hyon are the senior 'management' team of 1855 (1855.com, 1855.con). Thierry Maincent was an administrateur and one of the directeur général délégués until he resigned his posts for personal reasons on 30th September 2010. Businessman Jean-Pierre Meyers, who is on the boards of L'Oreal and Nestlé, is a long-term shareholder of 1855.
See explanatory post here.

Tomorrow's question for Emeric Sauty de Chalon and Fabien Hyon will be based on their membership of La FEVAD.
Posted by Jim's Loire at 22:12