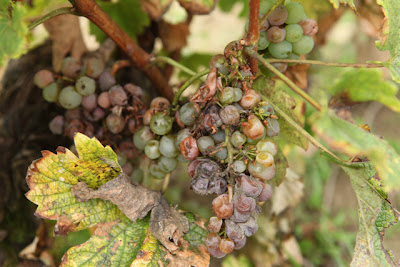 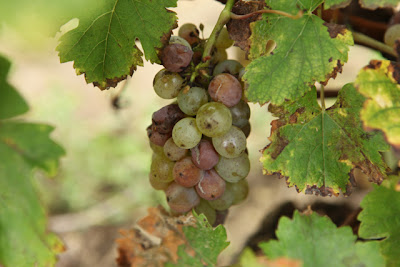 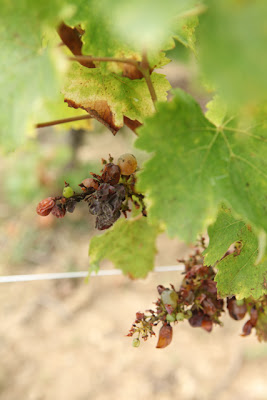 Much of the vendange at Sancerre is now finished with many starting around the 1st September and finishing either at the end of last week or the beginning of this. 2011 looks to be a year when good vineyards management was rewarded and that grassed over vineyards proved to be particularly efficacious, especially as Sancerre was hit by a very heavy storm on Saturday 3rd September when up to 50mm of rain fell just half an hour in places like Chavignol.
Sébastien Riffault was one of the few remaining vignerons still picking – his Sauvignon Blanc looked to have a quite significant proportion of noble rot. We caught up with his last afternoon of picking – he was critical of those vignerons who had 'rushed to pick' at the end of August.
Sébastien Riffault's last afternoon of picking: 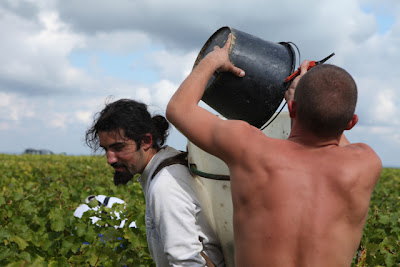 Emptying into the hod 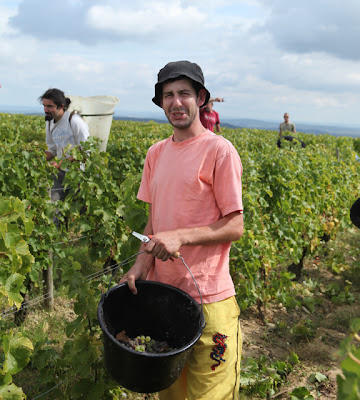 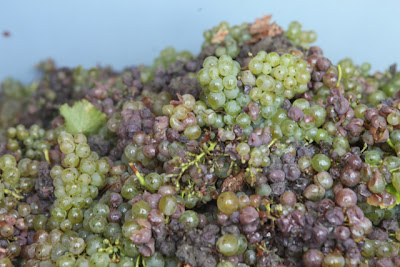 Grapes in the bin 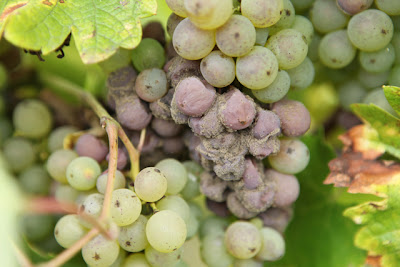 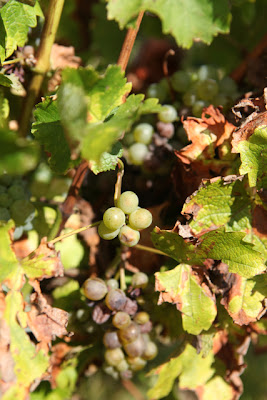 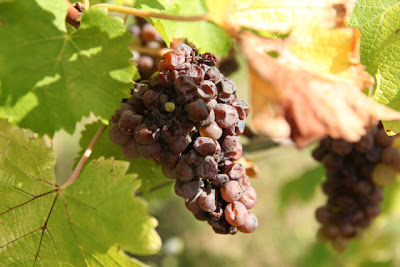 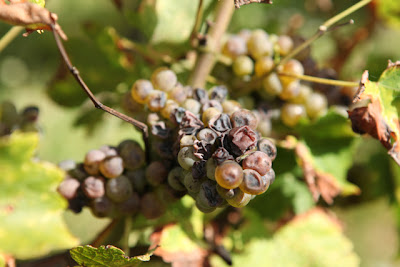 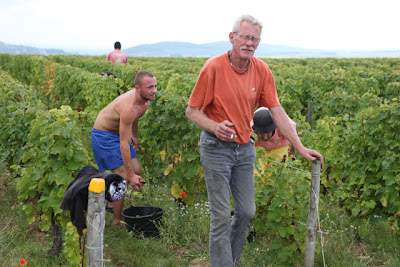 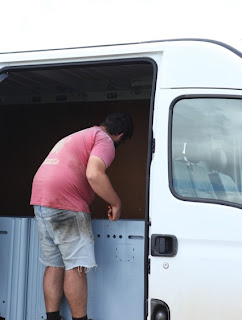 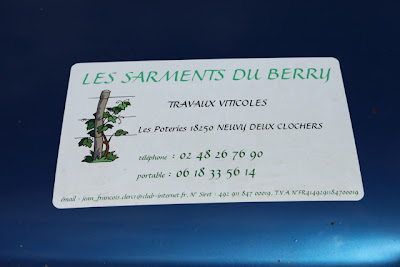 Les Sarments du Berry: sign on one of the pickers' cars
Posted by Jim's Loire at 21:55