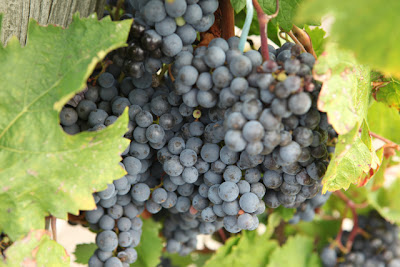 Generous bunch of Cabernet Franc in a Saint-Nicolas-de-Bourgueil vineyard on the gravel
Despite some rain in September the Cabernet Franc looks for the moment to be resisting rot in Chinon, Bourgueil and Saint-Nicolas-de-Bourgueil. Picking is at different stages in the three appellations. The vineyards on the gravel and sandy flats of Saint-Nicolas have now been largely picked often by machine. Despite reports of rot in these vineyards the grapes that remained looked healthy and there appeared by be very little rot about. Bourgueil is now underway – some started at the end of last week while others waited until Monday. In Chinon some have started on the reds, while others like Baudry-Dutour and Couly-Dutheil are picking for rosé this week and will start on the reds at the beginning of next week. Others, like Nicolas Grosbois and Bertrand Couly, are picking the reds now.
For the white Chinon, Baudry-Dutour have picked their domaine white but waiting to pick for their barrel fermented Chinon Blanc. Couly-Dutheil are picking their most fragile parcels of Chenin. 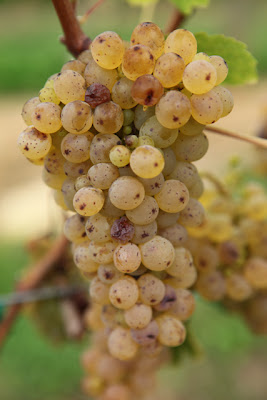 Chenin Blanc@Couly-Dutheil (above and below) 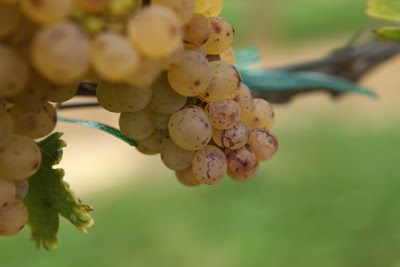 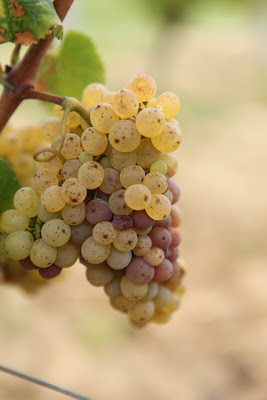 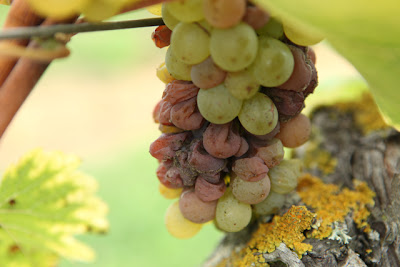 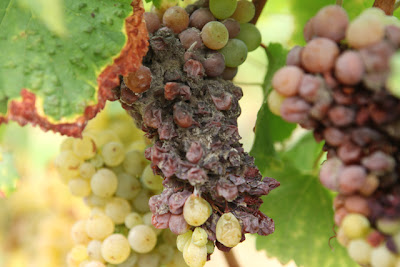 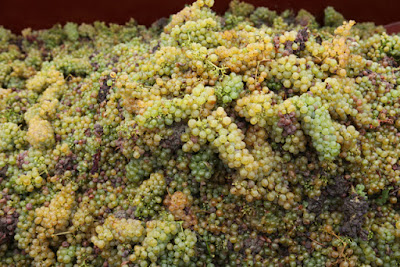 Trailer of Chenin
Posted by Jim's Loire at 08:34