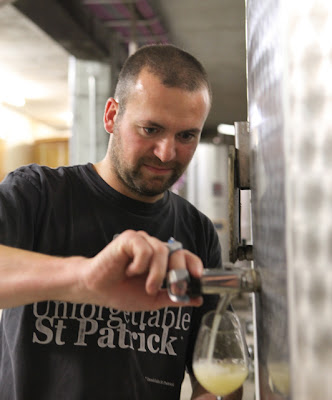 Benoît Fouassier sampling his 2011 Sancerre
I spent much of Thursday, all of Friday and small part of Saturday morning in Sancerre and Pouilly visiting as many producers as possible. I tasted juice and fermenting wine with a  number of the producers – all seemed clean with no off flavours.
Here are comments from several Sancerre producers:

"We started on the 5th September and finished on 16th. Everything is picked by hand. We had to be very selective this year, especially with the reds, as grape quality fell away rapidly. On average the Sauvignon came in at 13% potential with an acidity of between 4.0-4.5 and with a ph of 3.20.   The Pinot Noir was between 12.5-13.0% potential with a ph of 3.40."
Benoît Fouassier, Domaine Fouassier:
Picking started on the 1st September and we finished on Wednesday 14th. For the white we had an average yield of 50hl/ha with potential alcohol between 12.5%-13%, acidity between 4 and 5 depending on the parcel and when we picked. The Pinot Noir was between 12.5-13% with a yield of 35-40 hl/ha. We had to be careful with the Pinot as there was rot, so it had to be picked over with the sorting table in the cellar.
Benoît commented about the situation for some producers:  "Those who use artificial fertilisers or weedkiller their vines started to see rot in their grapes from the 15th August."
Certainly tasting the fermenting wines at Fouassier, who are now biodynamic, the wines were all clean and precise. 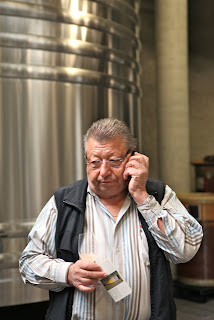 Jean-Marie Bourgeois – the patriarch on the phone

Jean-Marie Bourgeois, Domaine Henri Bourgeois
Tasted the 2011 fermenting wines with Jean-Marie on Friday. We went through much of the range from the Petit Bourgeois, their vin de pays launched back in 1995 (Sauvignon only at that time – a red followed later) through to MD and La Bourgeoise. As with Fouassier and Michael Vattan all the wines were clean and precise with differences between the parcels becoming apparent.


Jean-Marie Bourgeois:
"The secret of our Le Petit Bourgeois is that we always work with the same producers, who are serious, and we pay above the market price." We tasted two examples of 2011 PB – one from Faverolles-sur-Cher and one from Choussy, which is close to Oisly. 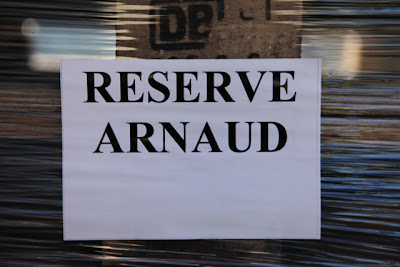 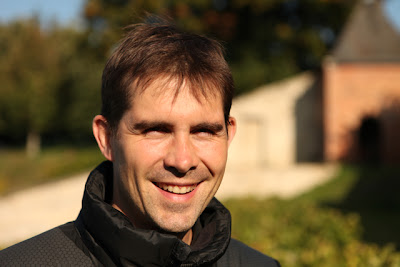 Jean-Laurent Vacheron: Domaine Vacheron
Jean-Laurent: This year it was very important to stop tilling/working the ground in our vineyards in July to let the grass grow and so absorb summer rains. We started picking on 1st September and finished last Tuesday (20th). There was quite a lot of rot in the Pinot Noir, especially at the end, so we had to be selective. 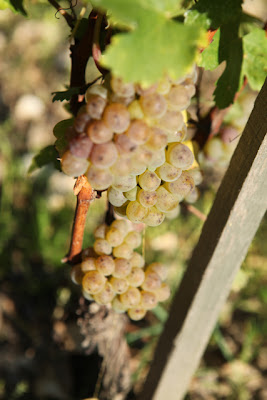 Ungrafted Sauvignon Blanc in the Vacheron's Clos just by Sancerre's remparts
After a swift look round some of the vineyards we tasted the recently bottled 2010s – joined by Jean-Dominique Vacheron. Their range of single vineyard bottlings has been extended: Le Paradis (calcaire – caillottes), Chambrates (calcaire - thin soil), Guigné-Chèvres (Oxfordian limestone), Les Romains (silex - flint) and Pavé (argile-calcaire – clay limestone). At this stage my preferences among the 2010 was for Paradis, Guigné-Chèvres and Romains. 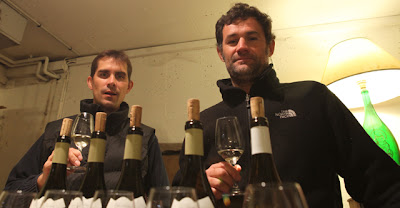 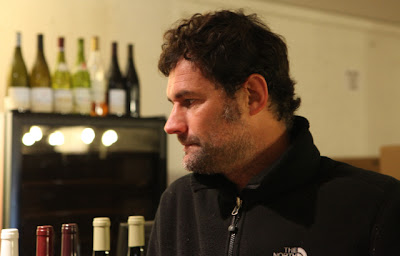 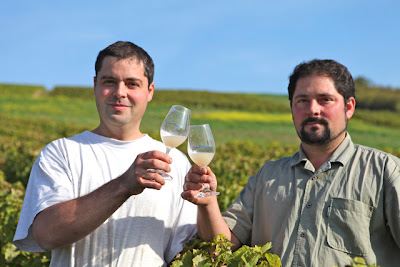 
Roger Champault et fils: Claude and Laurent Champault
Claude: "We were surprised by how well the vintage turned out because before the start we were worried by rot. We picked the reds first – those of the hillsides (clay and limestone) were healthy, while on the caillottes (pure limestone) there was more rot. The Pinot is around 11.5% potential alcohol with just under 5 acidity, while the Sauvignon is between 12.5-13.5%. Yields – 50 hl/ha for the Pinot and 65 hl/ha for the Sauvignon."