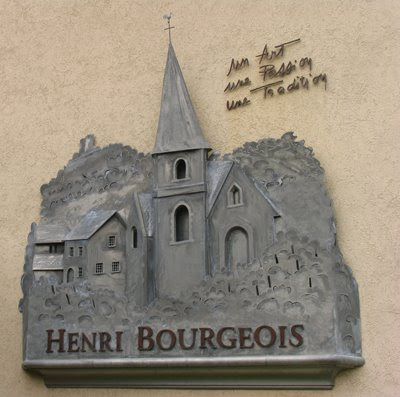 Back in the UK for a couple of days, so over to the White Horse in Parsons Green, West London for the Oddbins Spring tasting. It would be good to be able to say that the tasting was full of exciting new finds and that Oddbins on is its way back. Sadly this was not the case. I found that the whites and rosés were better than the reds, which overall lacked fruit and charm. Many of the wines shown were from France and I appreciate, as Richard Verney explained to me, that a new management trying to source a new range in France, particularly in the Loire after its small harvest, is far from easy. I suspect that Richard is right that as we go further into 2009 then growers will find that they have more stock available as sales tumble because of the economic crisis and the sharp fall in the value of sterling against the euro.

However, Oddbins really need to do better than have a range of OK to disappointing wines, otherwise you might as well buy your wines along with groceries in the supermarket.

The Loire range is still in the process of being sourced. Most of the Loire wines I tasted came from Henri Bourgeois but under their Etienne de Loury label. The first the pungent and steely 2008 Petit Duc Sauvignon Blanc (£9.99) VDP du Val de Loire followed by 2008 austere and mineral Sancerre. The first is the same as the Petit Bourgeois and the 2008 Sancerre is Les Vignes Blanches (£14.99) from the caillottes. I also tasted the austere and lemony 2008 Pouilly-Fumé (£14.99) from Domaine Jonathan Pabiot.

Next a couple of Bourgeois rosés – the quite lean 2008 Petit Duc Rosé VDP du Val de Loire (£9.99) made from Pinot Noir. Then the impressive 2008 Sancerre Rosé Etienne de Loury (£17.99) – quite austere but with very attractive and long. Unfortunately at £17.99 it is hors de prix – small independent merchant Paul Adams has this for £12.24 a bottle.

Before the reds I tried the well-made, attractive and strawberry influenced Langlois-Chateau Rosé (£12.99) made from 100% Cabernet Franc. Also 100% Cabernet Franc was the 2007 Petit Duc Cabernet Franc VDP Etienne de Loury (£9.99). This had 11 days maceration and I think two or three days or so longer than it should have been as the finish is vegetal and green. 2007 Les Ramières VDP from Eric Chauvin, Domaine de la Souverain, Vendée (£7.99) was the last Loire red I tasted. Tannic, lacking fruit and with a dry, bitter finish the grapes were subjected to 18 days of maceration. Surely given the light style of the fruit in 2007 this length of maceration is insane – borne out by this charmless wine – or unless one happened to have particularly well structured fruit and ripe tannins, which was certainly rare in 2007.

Email ThisBlogThis!Share to TwitterShare to FacebookShare to Pinterest
Labels: Oddbins

Is there any sign that they will be importing small parcels of decent stuff which comes available?

(I am still hoping that Clos Roche Blanche will turn up somewhere - a forlorn hope, I should think...)

Yes Martin it was disappointing. As the Clos Roche Blanche is downsizing – preparing for retirement I'm pretty sure that finding a small parcel in Oddbins is a pretty folorn hope.

I think that you will find that Oddbins are reverting to byegone days and are now importing many small parcels. I find it extraordinary that you are so anti - Oddbins, I think that the new range has improved dramatically. I think that you should get your facts straight before you make the assertions that you have made above.

Anon - many thanks for your comment. I'm not anti-Oddbins rather I would prefer to see them do well. I was disappointed by the press tasting they held at the end of March and I was certainly not alone.

My comment about small parcels related to the Clos Roche Blanche and I remain doubtful whether Oddbins will import a small parcel of their wines.

Somewhat of a pity that you prefer to remain anonymous....

Just came across some P-Fume from Etienne de Loury.