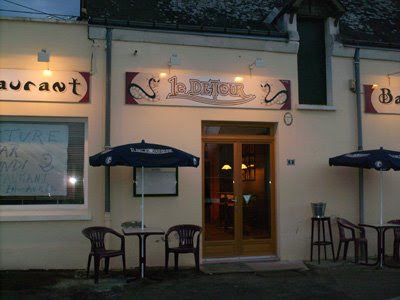 Le Detour@Thoré (D976)
(all photos by Mark and Suzie Robertson)

Details from our ace reporter, Mark Robertson 'gentleman rocker':
The bar, on the D976 at Thoré (37150 Bléré) opened yesterday (Monday 2nd March) and will be open from early morning (for breakfast) until late. It is one of the few places along this stretch of the D976 (formerly the N76) where you can stop for a drink. 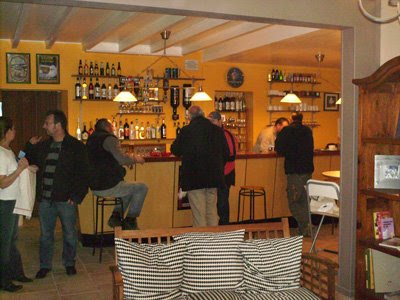 The bar: Mark (ace reporter) quizzes Laurence (extreme left)
The draught beers include Licorne ‘Black’ and ‘Blonde’ (the black is very tasty!). Wines are currently being selected but they will offer a selection of local wines by the glass as well as a Muscadet. 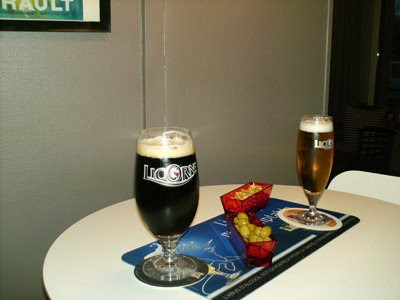 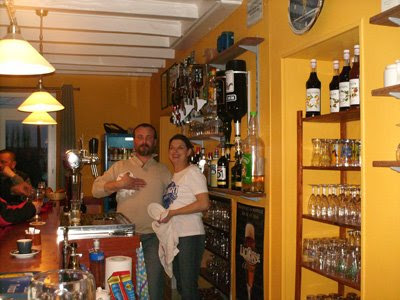 Mine hosts: Philippe and Laurence

Laurence and Philippe, the young couple running Le Detour, took over Le Maréchal, the old restaurant on the site, which was in a poor state of repair. The place has now been transformed. 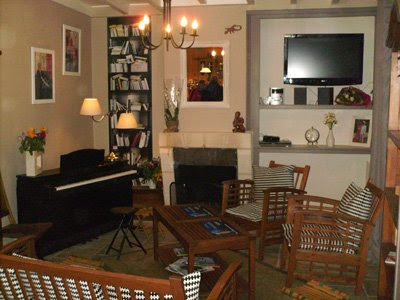 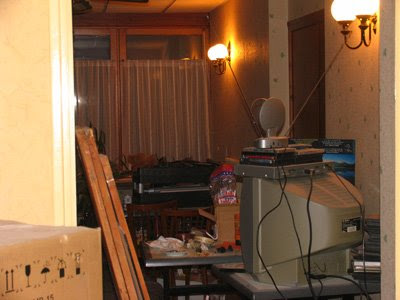 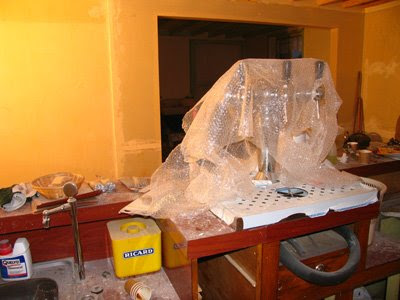 The old bar – partly rotten
The restaurant will open sometime in April (Laurence says not before the 15th) and will be open for breakfast also. A full English breakfast will be offered (I gave Laurence some hints on sourcing suitable sausages locally!). The rest of the food is being considered but will likely feature good home cooking of the Pot au Feu variety plus plates of charcuterie. The restaurant will offer a wider selection of wines by the bottle. Currently the bar offers a limited choice of sandwiches and some salads.