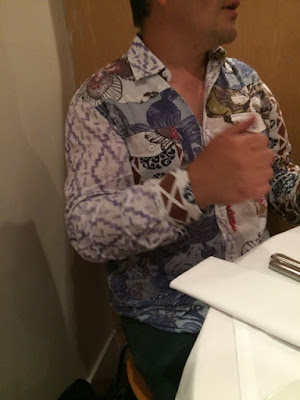 I phoned Karine Crochet (Domaine François Crochet in Bué) last week and she updated me on how the vines are doing at the beginning of July.


"We are getting towards the end of the flowering. The weather hasn't been ideal and François says there is quite a lot coulure – flowers not setting properly. Mildew is a big threat this year and being in the middle of converting to organic viticulture this is challenging.

In Sancerre we weren't affected seriously by the late April frosts. Unfortunately our friends Jean Teiller in Menetou-Salon were badly affected by the frost and they expect to only make between 5-10 hectolitres per hectare in 2016."

Last Monday (4th July) I had dinner with Jérôme Billard (Domaine de la Noblaie) and Tom King at the RSJ Restaurant. Jérôme underlined how difficult 2016 is proving to be with mildew a real threat now – the latest is mildew on the grapes rather than just the leaves. "Flowering has now finished – it ended around 27th June. With the first flowers appearing on 11th June but really starting full on 15th June. Flowering is about a week later than the average. Flowering has been over a quite extended period so there will be some variable ripening."
Posted by Jim's Loire at 23:46