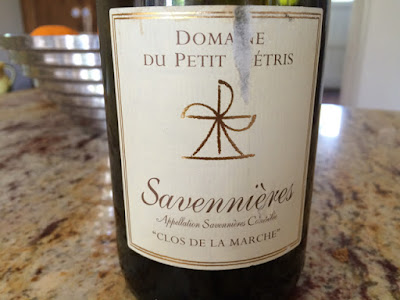 Lovely richly textured Savennières from Joseph Renou et Fils, a 30-hectare domaine based in Saint-Aubin-de-Luigné. 2010 is a wonderfully well balanced vintage. From Byrnes of Clitheroe £12.99. 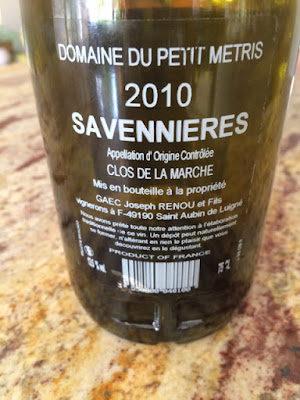 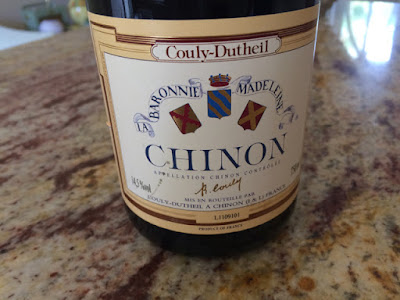 2011 Baronnie Madeleine, Chinon, Couly-Dutheil
Rich and powerful – 14.5%
no alcohol burn but plenty of concentration
but a little OTT?
From one of Chinon largest and leading producers
Byrnes of Clitheroe £11.59 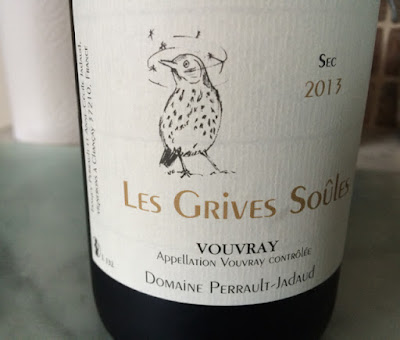 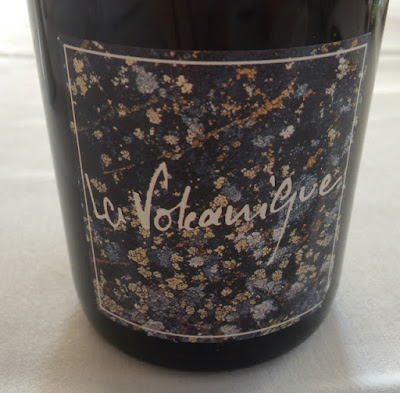 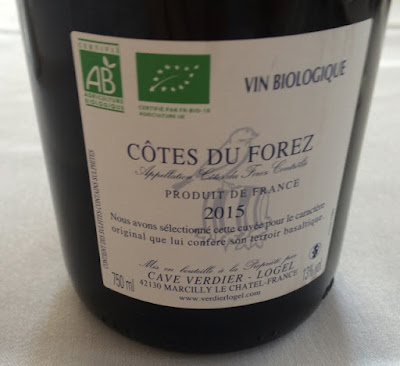 Juicy and very attractive young 2015 Gamay from Odile Verdier and Jacky Logel (Cave Verdier-Logel) in the Côtes de Forez – the appellation just to the north of Saint-Etienne and the most southernly of the Loire. Cave Verdier-Logel is a now long established – since 1992 when almost all the production came from the Cave Co-opérative. Odile and Jacky were pioneers.

I enjoyed this at the RSJ Restaurant with Tom King when Jérôme Billard (Domaine de la Noblaie, Chinon) was over in London.
Posted by Jim's Loire at 18:44