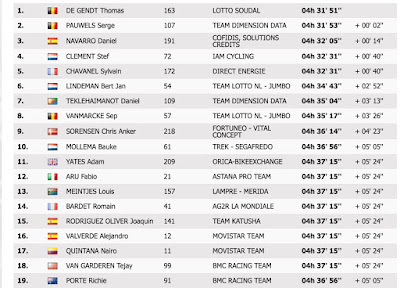 Results of Stage 12 to the Ventoux


Unfortunately yesterday's stage on Mont Ventoux, which should have been one of the high points of the Tour, descended into farce and chaos yesterday because the organisers failed to provide proper crowd control close to the shortened finish at Chalet Reynard. Richie Porte, Chris Froome and Bauke Mollema all crashed into a motorbike that appeared to have had to stop suddenly because of the crowds of people on the road. A following motorbike ran into Froome's bike breaking the frame. Fortunately it didn't run over any of the three riders. Had the provisional results of the stage been allowed to stand Froome would have lost a chunk of time as well as the Yellow Jersey.

Fortunately after an hour's deliberation the Race Jury gave Froome and Porte the same time as Mollema (5'.05), which was surely the only decision they could have made. On the climb Nairo Quintana finally launched a couple of attacks that were swiftly countered by Sky. Soon after Froome attacked and soon dropped Quintana, who appeared not to be at his best yesterday.

The chaos overshadowed a fine first TDF stage win by Thomas de Gendt, who grabbed the Polka Dot Jersey off the shoulders of Thibaut Pinot, who is reported to have abandoned the Tour today.

Clearly the Tour organisers will have to rethink crowd security on the Tours major climbs like Ventoux and the Alpe d'Huez. 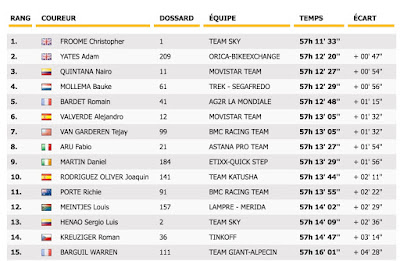 The revised results now give Chris Froome a 47 second lead over the impressive Adam Yates, Nairo Quintana at 54" and Mollema (56"). They are now the only riders with a minute of Froome. Romain Bardet (1'15") is now the only Frenchman in real contention. Among those losing time yesterday were abio Aru and Dan Martin. 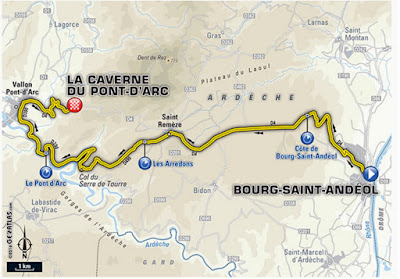 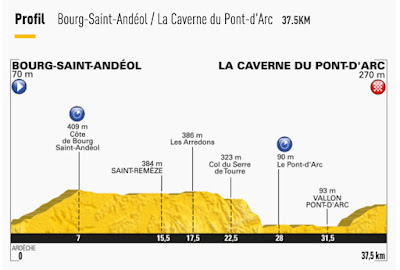 Todays TT is a tough test, which should significantly shake up the Overall Standings. Will Chris Froome extend his lead? Will Nairo Quintana shine or fade further? Will be surprised if Froome doesn't consolidate his position.
Posted by Jim's Loire at 10:24