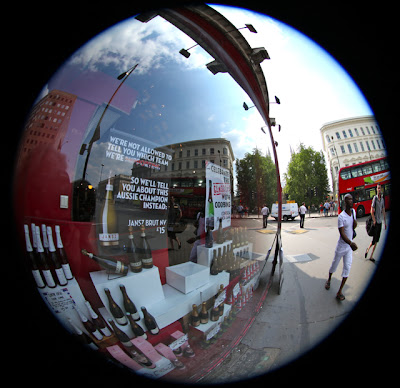 As already reported in the previous post Oddbins are running a campaign against petty imposition of Olympic sponsorship rules, especially in relation to small businesses. During the games all Oddbins shops will have window displays featuring the campaign. I popped up to London Bridge where Simon was putting the finishing touches to their display.

For Vauxhall and iPhone owners there could be a big bonus in the shape of a 30% discount if you go into an Oddbins store during the Olympics with the following items:

'anyone wearing Nike trainers and has in their pocket a set of Vauxhall car keys, an RBS MasterCard, an iPhone, a bill from British Gas and a receipt for a Pepsi bought at KFC will receive 30% off their purchase.' 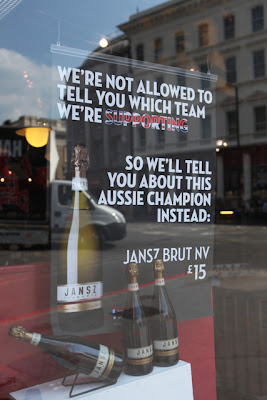 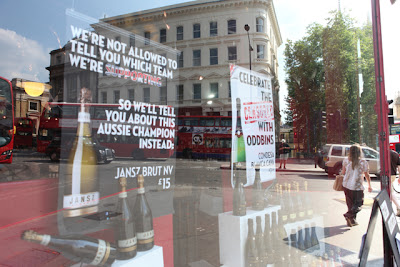 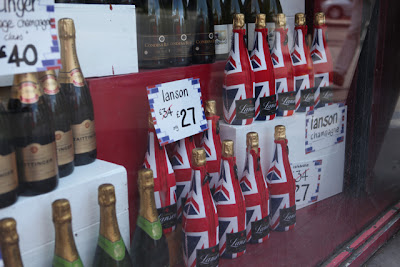 Union hijacked by Lanson
There is nothing quite as shameless as the Champenois – not even the appalling sight and sound of Lesley Garrett's rendition on Sunday on the Champs Elysées comes close... 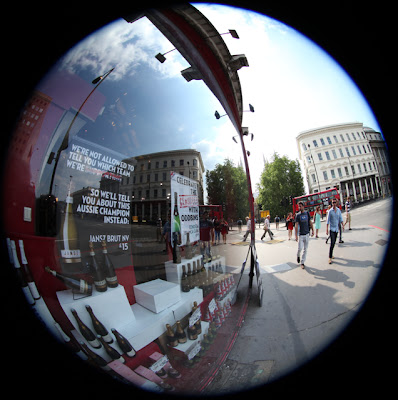 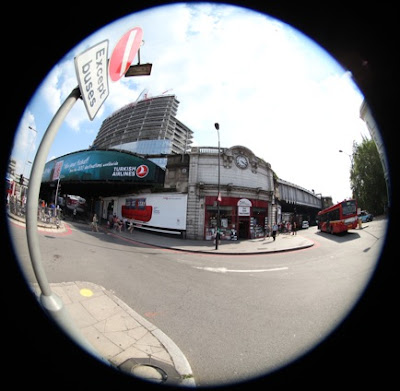 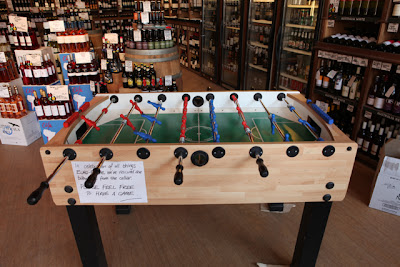 A leftover from Euro-fever in the shop