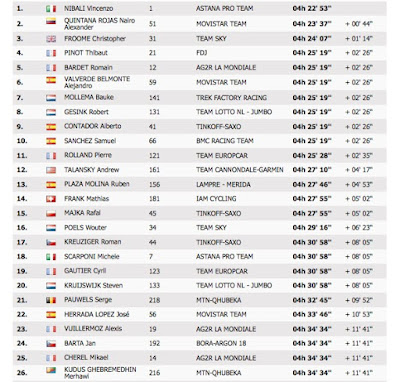 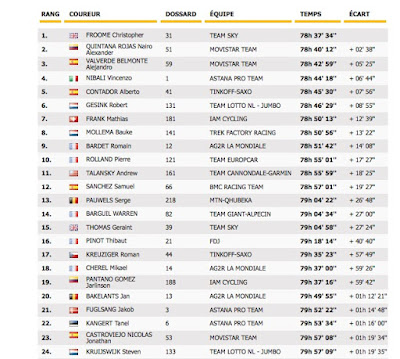 The Tour in the Alps finally sprang into full life yesterday with Sky and Chris Froome finally put under pressure, while Vincenzo Nibali saved his Tour with a fine solo win. With a late attack Nairo Quintana finally managed to take some time out of Chris Froome and is now 2.38 behind. This sets up an potentially exciting final mountain stage but unless Chris Froome has a bad day it will require an epic ride for Quintana to take 2.39 minutes out of Froome today in the stage that finishes atop l'Alpe d'Huez. Although Nibali took 1.14 back from Froome yesterday he is still 6.44 behind, while Chris gained time (1.12) on both Alberto Contador and Alejandro Valverde.

Sky will be concerned that their riders appear to be running out of gas at this vital moment. Geraint Thomas had a bad day and came in over 20 minutes down on Nibali and has fallen from 4th place to 15th. Almost the entire Sky Team were dropped on the first climb yesterday and although a number got back on the descent, Froome only had Wouter Poels for support in the final part of the stage.

The French will have been pleased yesterday with Romain Bardet, Thibaut Pinot and Pierre Rolland all performing well and finishing with the leaders. Rolland made a long bid for a stage victory but couldn't hold onto Nibali on the final climb. Romaine Bardet has strengthened his place as the leading French rider: in 9th place at 14.08, while Rolland is in 10th at 17.27. 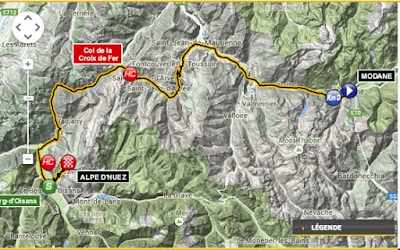 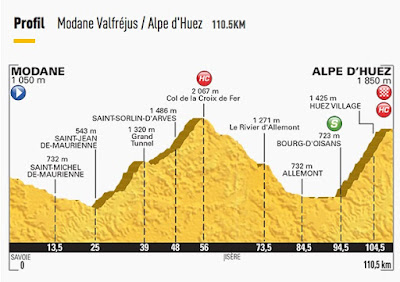 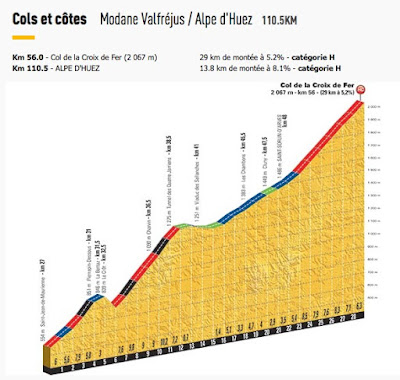 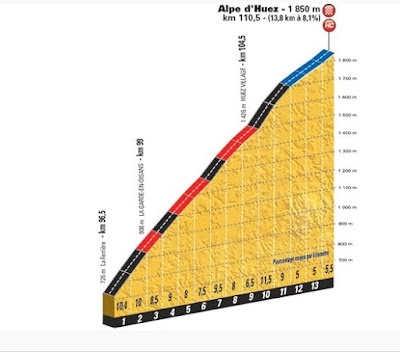 
The final showdown is a short 110 kilometre stage with two HC climbs finishing with the famous l'Alpe d'Huez with its hundreds and thousands of spectators lining the hairpin climb to the finishing line. Only Quintana can snatch the Yellow Jersey from Chris Froome. Yesterday he managed to take 32 seconds out of Froome. Will this prove to be too little – too late? Or can Quintana produce an amazing ride today and still win the Tour. It's a very tough ask if Froome doesn't have a bad day. Furthermore Froome as the Yellow Jersey would love to win on L'Alpe d'Huez.

Will Nibali manage to knock Valverde off the podium and take third place? A result that looked highly unlikely until yesterday! Will Bardet stay as the leading Frenchman? We will soon know!