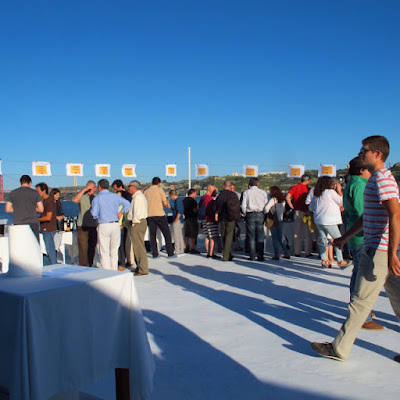 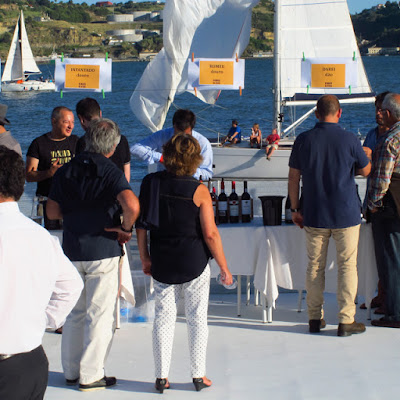 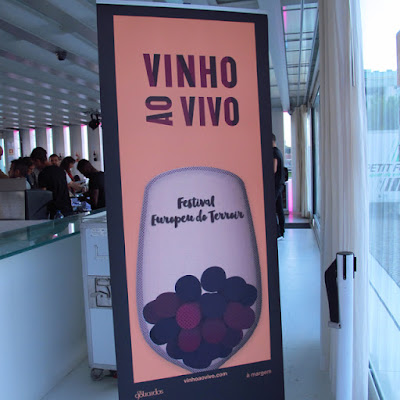 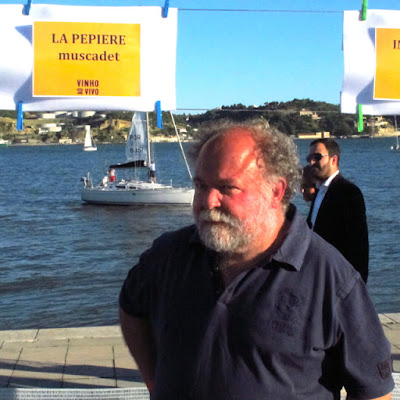 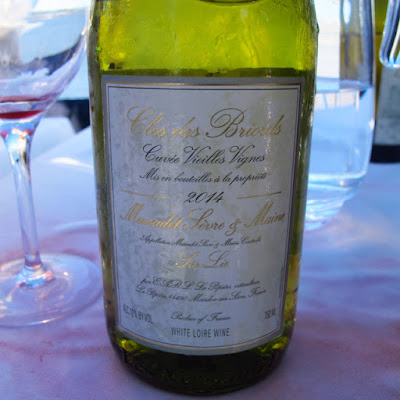 It was a pleasure to taste Muscadet with Marc Olivier on a warm evening last Friday beside the Tagus. Although the straight domaine 2014 was attractive, the Vieilles Vignes Clos des Briards was a real step up – concentration, balance and finesse. At 9€ a bottle this is amazingly reasonably price for a wine that will give pleasure now but will last and evolve for many years.


I also tasted Marc's fine 2012 Clisson Cru Communaux, which again underlined what good value these Cru Communaux are. Yours for 12.75€ to buy at the event. 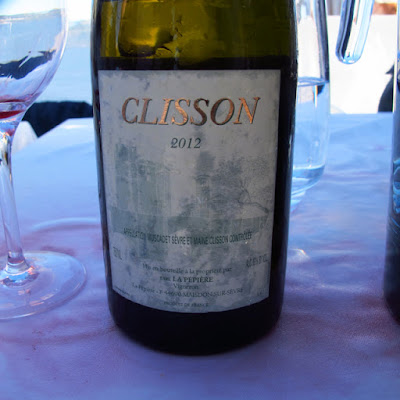 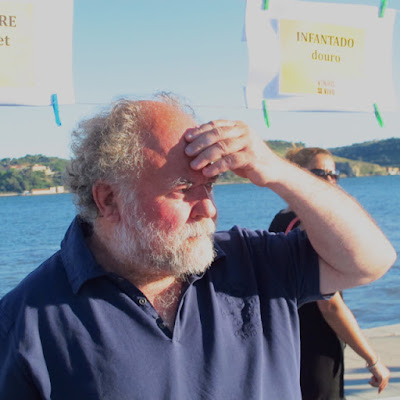 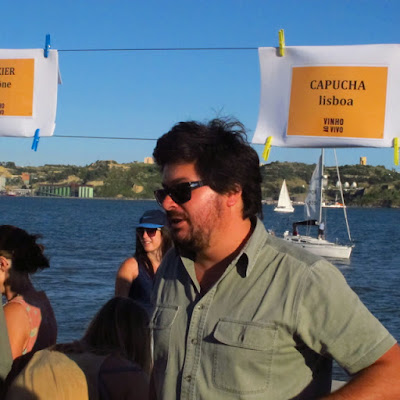 
It was Pedro Marques of Capucha, who kindly invited me to this event. I was very impressed by his 2013 Antão Vaz and, especially, the Arinto. I also enjoyed the 2013 Alvarinho that has three weeks of skin contact and was bottled in 2014. It has impressive length. Pedro says it is more Galician in style than a Vinho Verde. Pedro's vineyards are eight kilometres from the sea.

Just before I left around 9.30pm when it started to get very crowded I also tasted Pedro's sweet wine – an Arinto from 2010 which was picked in one go in mid-October. I was impressed by its concentration and citric/apricot flavours. The 2010 is 30€, while you can have the 2010 to 2013 verical for 100€. 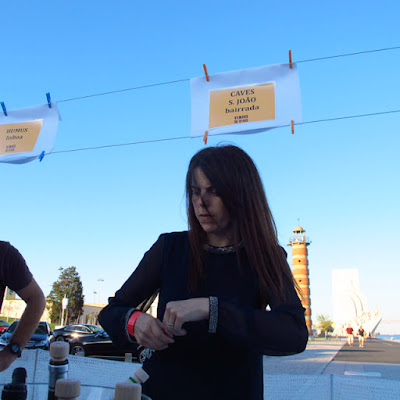 I tasted some really interesting whites from Caves S.João based in Barrirada but which included a fascinating and richly textured Dão 1985 Porta dos Cavaleiros – another demonstration of how well Portuguese whites age. This is contrary to what many Portuguese wine drinkers believe preferring very young whites and dismiss any that a year or two of age. 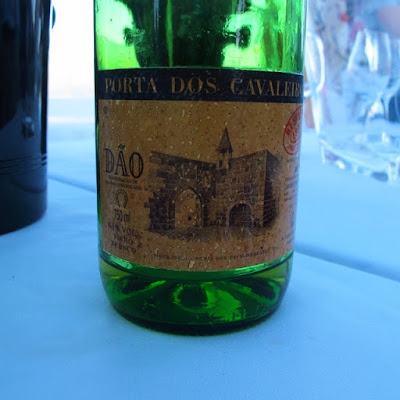 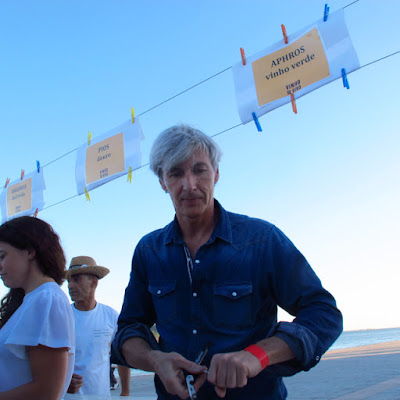 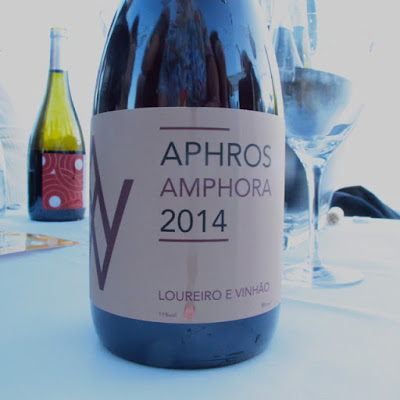 I tasted with Vasco Croft of Aphros and particularly liked his 2014 Loureiro Vinho Verde with its quite rich fruit matched with acidity. I finished by tasting his experimental 2014 Amphora, which is the first vintage when Vasco has used amphora. Made 80% Loureiro and 20% Vinhão this stayed four months in the amphora, which gives the white structure and tannin. 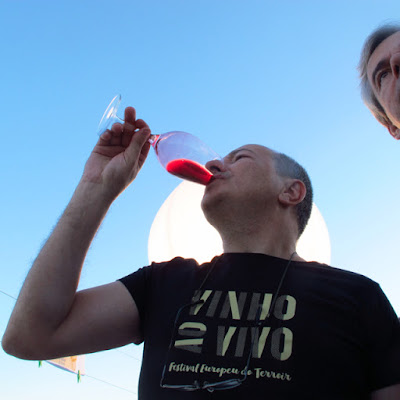 João Roseira of Quinta do Infantado 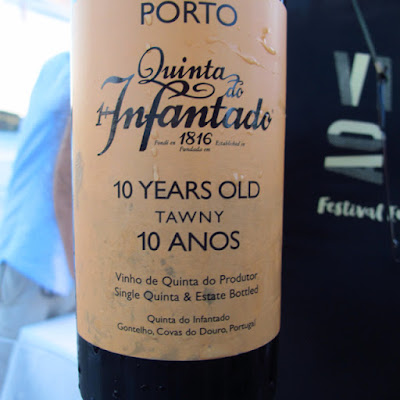 Very impressive and lovely 10 YO Tawny from Quinta do Infantado 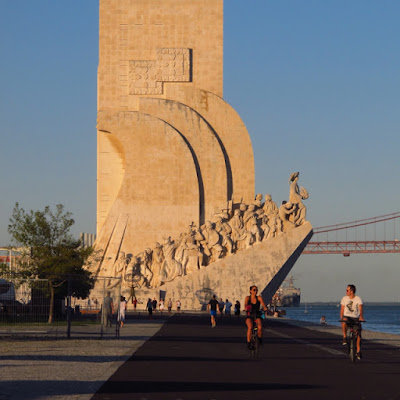 Impressive backdrop to the tasting: monument to Vasco da Gama 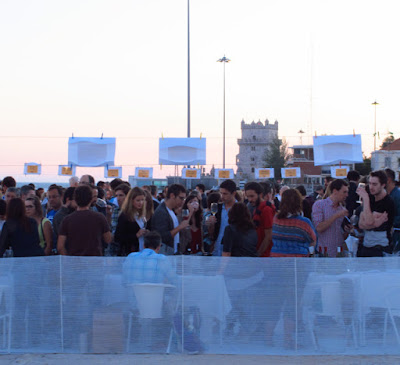