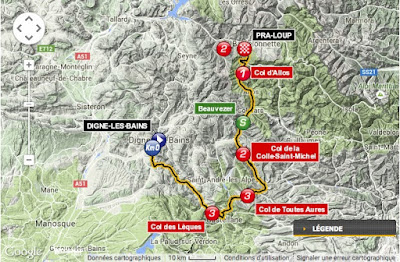 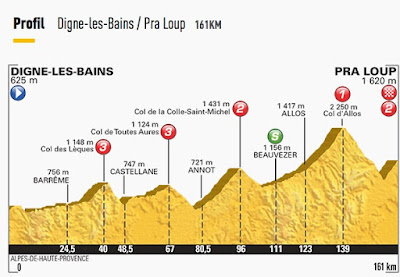 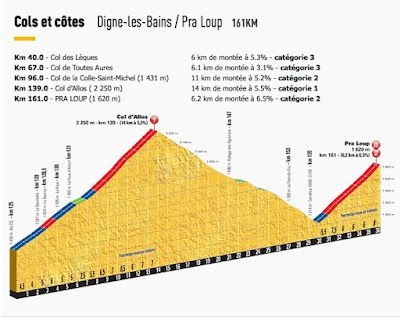 Today is the first of four Alpine stages, which will either confirm Chris Froome as the winner of this 2015 edition or someone else – most likely Nairo Quintana – will take over the Yellow Jersey. Today's 17th stage is the same as the one run in June for the Dauphine where Romain Bardet gained time on the difficulat descent off the Col d'Allos. Can he, Valverde, or Nibali do the same day or will Sky make the climb up the Allos difficult enough to shake off their rivals?

In Paris I think we will see Froome, Quintana and Valverde taking the top three places? In that order? Probably but Quintana still has a chance to win this Tour over the next four days. I think that the rather robotic Tejay Van Garderen will slipout of third place. He seems to have been content to follow the leaders and not make any attack himself. Will that change in the Alps?
Posted by Jim's Loire at 09:43