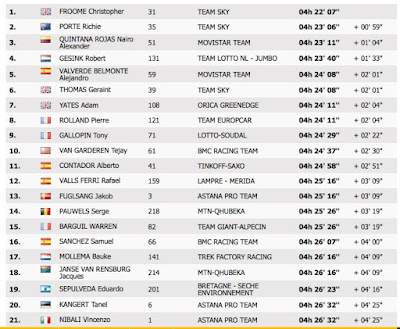 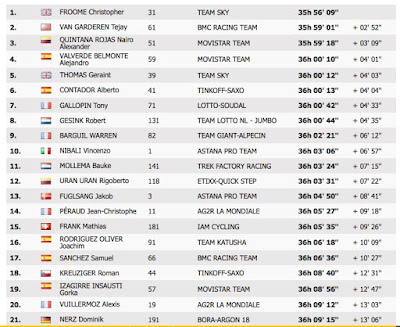 Overall after Stage 10: comfort zone Froome for the moment

With his attack 6.3 kilometres from the finish, Chris Froome crushed his remaining rivals on the first mountain stage of this year's Tour. As suspected the climb to La Pierre-Saint-Martin found out a huge number of the riders who had difficulty adjusting from riding on the relative flat for nine days to riding up a steep climb.

After Moviestar team failed to break Chris Froome and Sky on the lower slopes, Sky – Geraint Thomas, Richie Porte and Chris Froome – took over forcing the pace, which dropped all of their opponents apart from Nairo Quintana. When Froome attacked Quintana had no response and finished 1.04 down overtaken close to the line by Richie Porte.

All of Froome's leading rivals appeared to have heavy legs – even the normally impressive Quintana lacked zip. 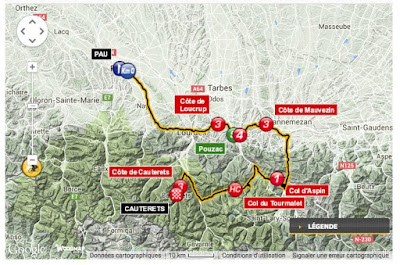 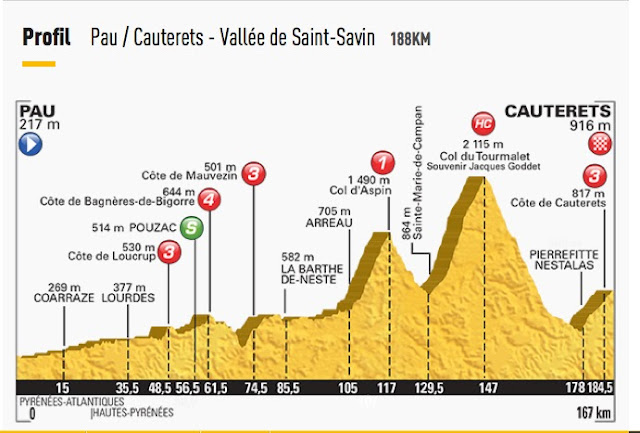 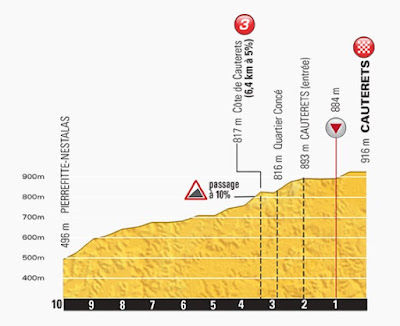 If yesterday's stage was tough today's is even tougher with six categorised climbs including the Col d'Aspin (1st) and the Tourmalet (HC). Will Froome again take time on his rivals or can they surprise him and Sky – perhaps with an attack on the long descent from the Tourmalet ? Will Sky allow a breakway to make it all the way? Will Nibali lose yet more time?

The intermediate sprint is at 56.5 kms so all the sprinters should still be in and they may try to prevent a breakaway succeeding before this sprint. In yesterday's sprint André Griepel took back the Green Jersey from Peter Sagan.
Posted by Jim's Loire at 10:19