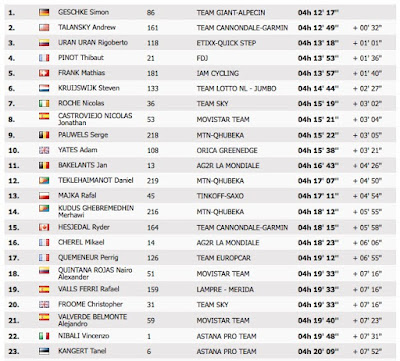 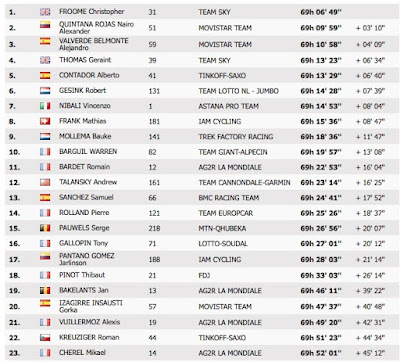 Simon Geschke claimed his first Tour de France stage win with a very brave ride to Pra Loup. He attacked from the breakaway with over 40K to go to the finish a little before the start of the long climb up the Col d'Allos. He held his advantage over his chasers on the scary descent down the Col and had enough time to get up the slightly more than 6K climb up to Pra Loup despite a frantic chase from Andrew Talansky. Thibaut Pinot, Geschke's closest chaser at the top of the Col d'Allos crashed on the descent. Although Pinot remounted quickly he was passed by several riders later on the descent.

For the GC contenders the big news of the day was Tejay Van Garderen abandoning the race with respiratory problems apparently caused by a cold picked up at the end of the very hot Stage 13. TJ's departure moves Alejandro Valverde onto the Paris podium.

Chris Froome descended the Col d'Allos well and during the stage held off attacks from Contador, Nibali and Quintana. Contador crashed on the Allos descent and lost 2.17 to Froome on the day. Late attacks on the climb to the finish saw Valverde concede 7 seconds to Froome and Nibali 15 seconds. 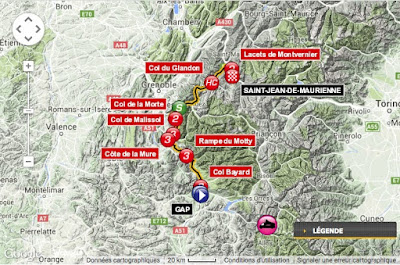 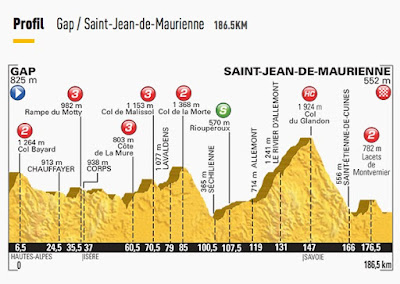 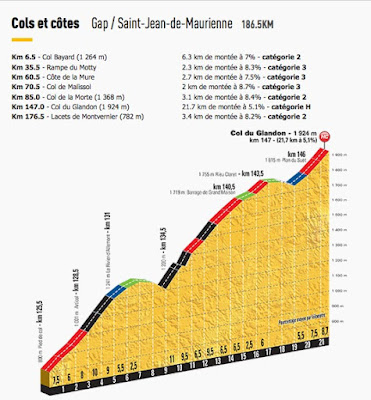 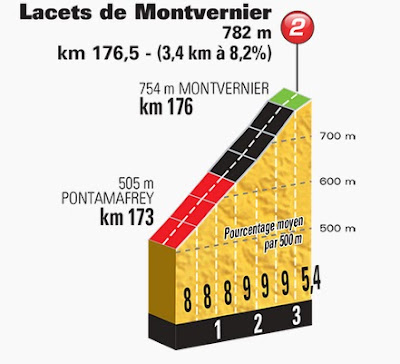 If yesterday's stage was tough, today's will be even tougher with the climb up the Col du Glandon followed by a Tour first up Les Lacets de Montvernier just before the finish. I'll be surprised if all the leading contenders finish close together at the end of this stage. Nairo Quintana will surely hope to take some time out of Chris Froome today. Unless Froome has a really bad day then it is now really only Quintana who can prevent Froome from winning in Paris.