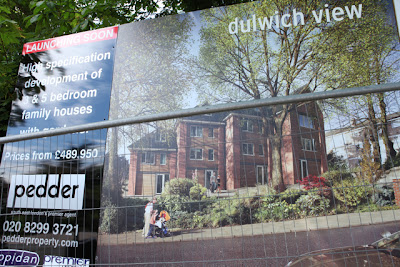 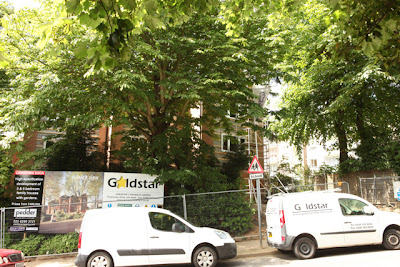 Towards the top of Kirkdale, just before the roundabout with Sydenham Hill, some new three and five bedroom houses are under construction. The development is called dulwich view and will be sold through local estate agents Pedder 'south east london's premier agent'. 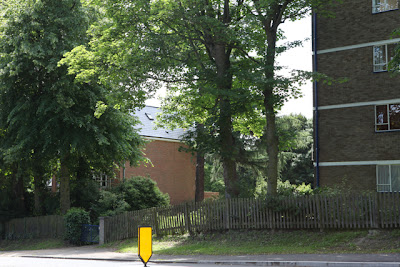 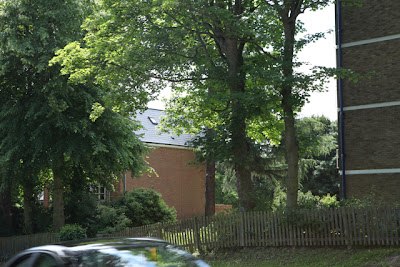 One can assume that the development once complete will be 'high specification' as promised but can it properly be called 'dulwich view'? Dulwich lies to the north west of the dulwich view site over the hill. Between 'dulwich view' the top of the hill is Sedley Court, built higher up the hill and which surely obscures any possible view of Dulwich there might be from 'dulwich view'. 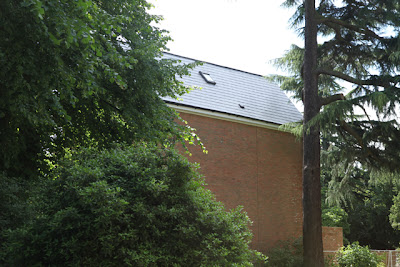 The side of the 'dulwich view' development that faces Sedley Court –
no windows except for velux in roof
Only a giant with a long periscope could see Dulwich from here!


I suppose you could argue what's in a name, except that these new homes are priced at from £489,950. Would the price be as high if the development was accurately described as either Forest Hill or Sydenham view? Indeed the majority of the front view from the three bedroom house will be of the large tree just feet from the house.

Does 'dulwich view' match the Trades' Descriptions Act? Might it contravene the Property Misdescriptions Act 1991 or fall foul of the Advertising Standards Authority?

I am awaiting a comment from Pedder's two local offices – Forest Hill and Sydenham – on whether any part of Dulwich can be seen from this development.

8th February 2013
The post originally suggested that Goldstar were the developers of this site. This I understand is not the case and the necessary amendments have been made. They were contracted by the developers to built the houses. They had nothing to do with the naming, sale price and location of this developement. My apologies to Simon White, the managing director, and his company.

I do suggest, however, that Simon White and his company take care in future to ensure that they do the necessary due diligence before linking the company name and its reputation so publicly to a misleading name.