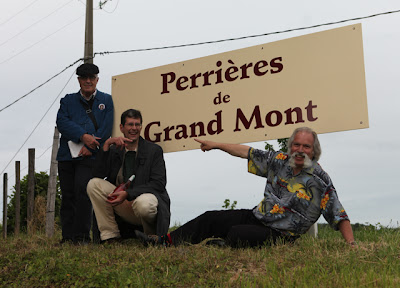 Entrance to Les Perrières de Grand Mont (above and below) 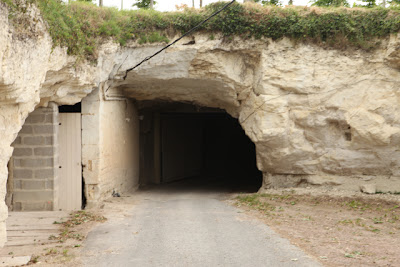 The top of the limestone coteaux – with or without clay – that runs along the northern edge of the Bourgueil and Saint-Nicolas-de-Bourgueil appellations is honeycombed with caves. Most are quarries in origin where the soft limestone – known as tuffeau or tufa locally – was extracted and used as the local building material. Used, most famously of course, for the grand châteaux but also for many more humble dwellings. After that the larger caves, like Les Perrières de Grand Mont in Benais, were used for the cultivation of mushrooms. The smaller ones have long been used for the maturation and storage of wines from these two appellations in ideal and constant conditions.

My impression is that the vignerons of Bourgueil and Saint-Nicolas spend an inordinate amount of time underground and may indeed have a close affinity with moles. I have heard it suggested that some elderly vignerons, habituated to the gloom of their vast underground cellars spend much of their time blinking when above ground trying to attune themselves to the bright sunlight!

During our short stay in Bourgueil and Saint-Nicolas-de-Bourgueil Les 5 spent a significant period of time underground in various caves. As I type this, Michel Smith will be putting the finishing touches to an erudite post on these caves, which will be Thursday's post on Les 5 du Vin blog. 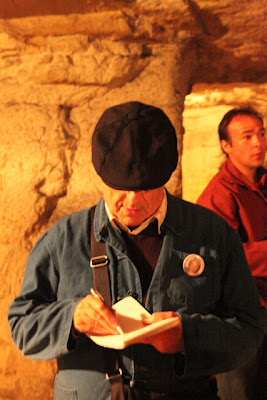 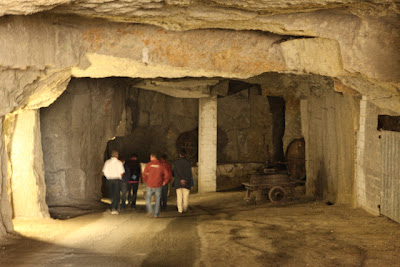 Heading down into the caves (above and below) 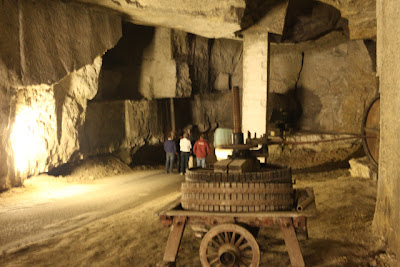 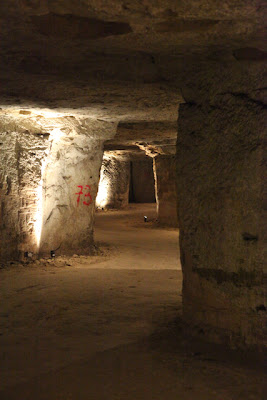 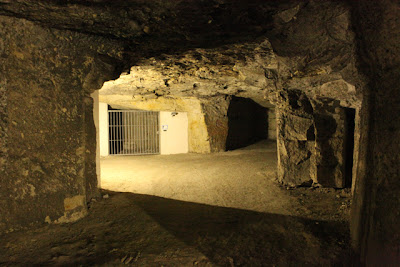 Deeper into the hill 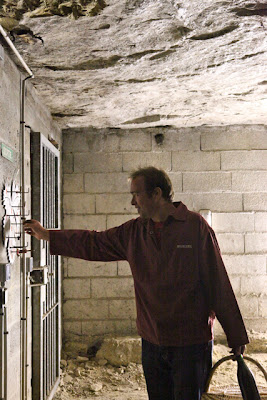 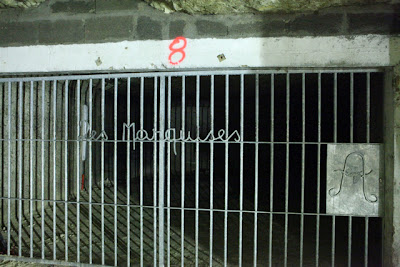 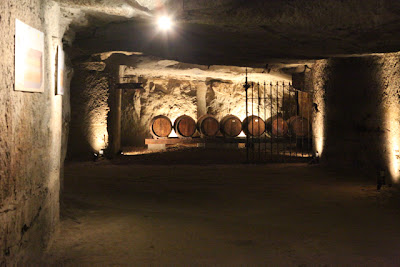 Barrels (above and below) 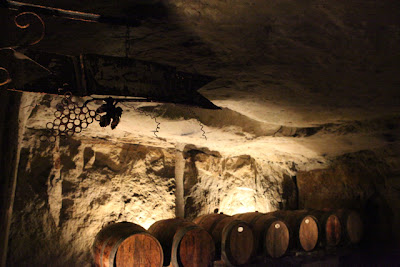 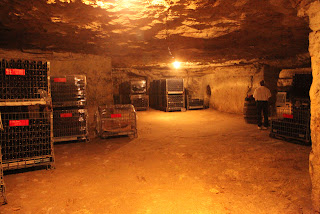 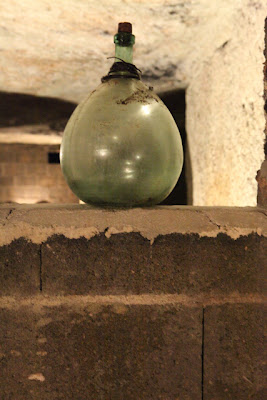 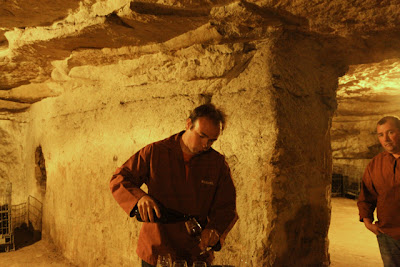 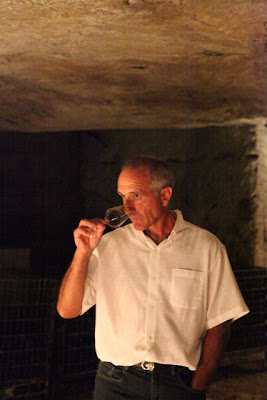 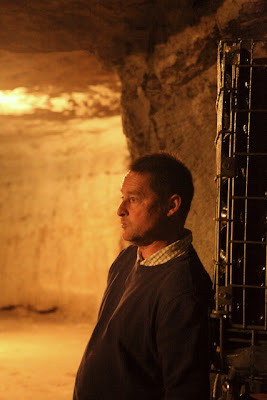 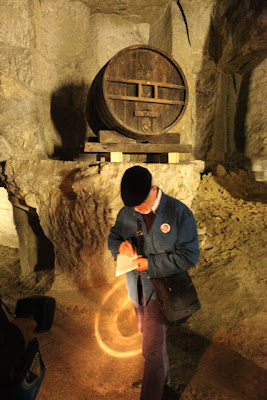 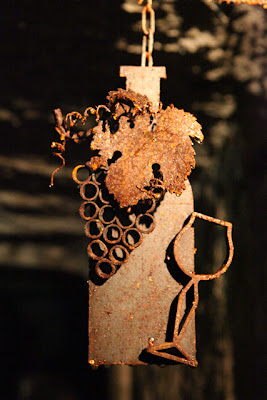 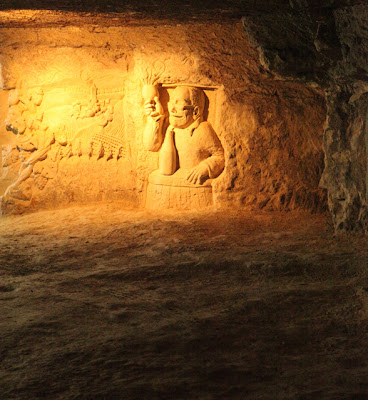 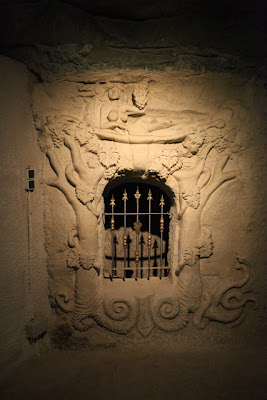 An ornamental well deep underground (above and below) 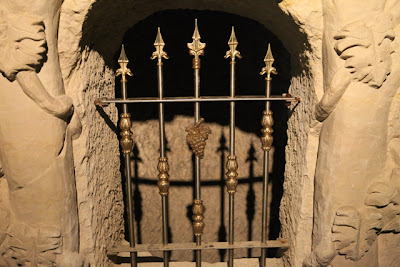 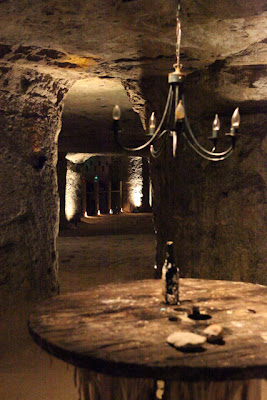 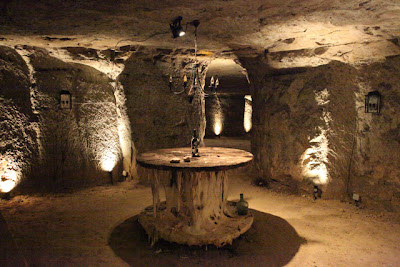 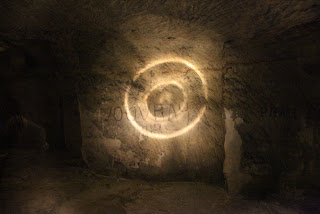 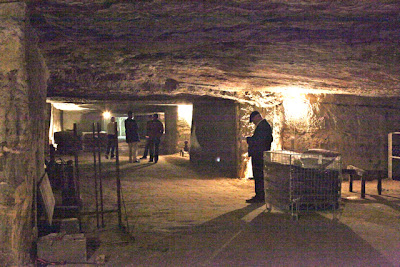 The group moves on while Michel makes more notes... 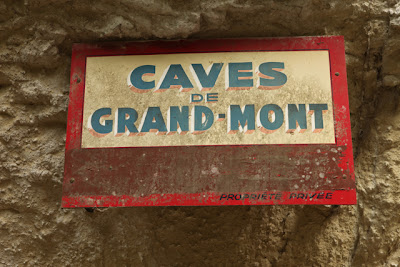