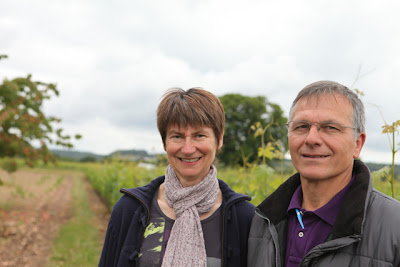 On the 1st February 2012 Domaine Philippe Pichard (also called Domaine de la Chapelle) in Chinon changed hands. Following health problems Philippe Pichard sold the 17-hectare estate to Annick and Francis Jourdan. Although they have no previous experience running a vineyard, the Jourdan's are experienced farmers as they had a farm in Normandy. Francis told me that he had long been passionate about wine.

"I wanted to plant five hectares of Chardonnay at Caen on Les Arpents du Soleil to the south east of Caen but I could not get the necessary droits de plantation." (To my surprise there is a vineyard here, which was created in 1995 by Gérard Samson – details).

Following a family tragedy, the Jourdans wanted to immerse themselves in a new project: they sold their Normandy farm and started looking around France for a suitable vineyard. By chance last summer they were staying in a chambre d'hôte in the Châteauneuf-du-Pape area. Jean Ernest Sauvion, who previously owned Château du Cléray and the négociant house of Sauvion in the Pays Nantais before selling to Grands Chais de France in 2007), had also stayed at this bed and breakfast and left a card. The Jourdans got in touch with Sauvion, who now lives near Ligre in the Chinon appellation, which led to a deal being done with Philippe Pichard. Philippe, who is the fifth generation of Pichards at the domaine, is continuing to be involved in the running of the estate. 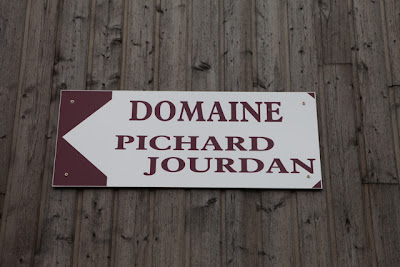 The domaine has been organic since 2000 and converted to biodynamics between 2007 and 2011. Half the vineyard is on the Vienne's gravel terraces and half on the limestone coteaux. All is Cabernet Franc apart from 40 ares of Chenin Blanc. Unfortunately since taking over the Jourdans have experienced a baptism of fire – hit by the frost of 17th April their vines have been affected between 30%-70%. More recently have suffered some hail damage – "not too bad" says Francis.

Although I had not previously visited the domaine, which is in the hamlet of Le Puy part of Cravant-les-Coteaux, I have tasted with Philippe Pichard on several occasions during the Salon des Vins de Loire and have been impressed by his wines.

When we visited the domaine on Monday, we tasted the 2009 Chinon Blanc, which has around 6 grams of residual sugar. The 2009 has attractive weight but lacks a little freshness in the finish. The 2011 Mystere (9.50€), the entry level red Chinon, is soft and easy drinking with plenty of red and blackcurrant fruit. It is, however, quite expensive for this style of Chinon. We subsequently shared a bottle of Mystere (a sample) on Tuesday night with friends and it proved be be a real hit.

The estate's top wine is L'Ancestrale, which comes from vines around 45 years old planted in clay and flint soils on the Coteaux. It is aged for 16-18 months in barriques – a third new, a third which has been used once and third twice. The currently favoured barrique supplier is Adour based in South West France. The 2009 L'Ancestrale has good concentrated, dense black fruits, a length of flavour and needs a few more years to show its best. 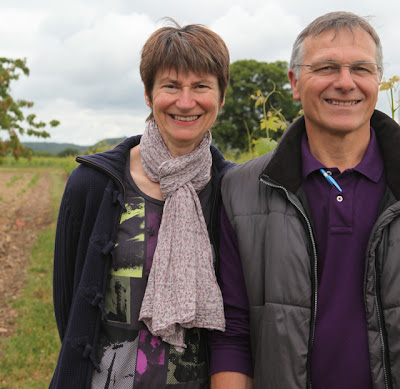 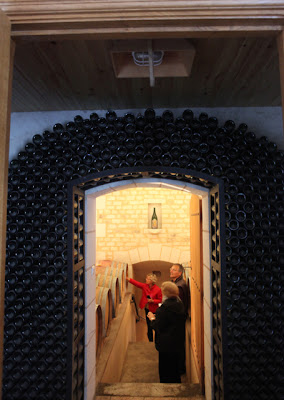 Entrance to the cellar 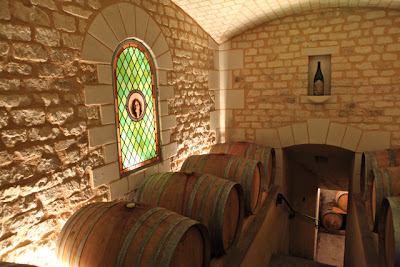 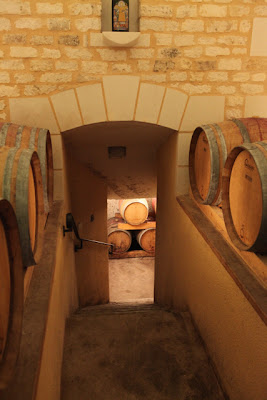 Looking down to the lower part of the cellar 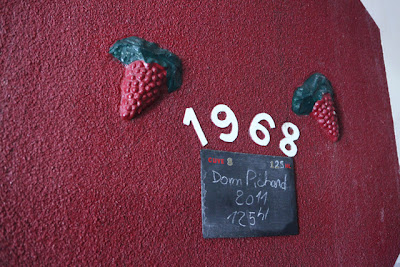 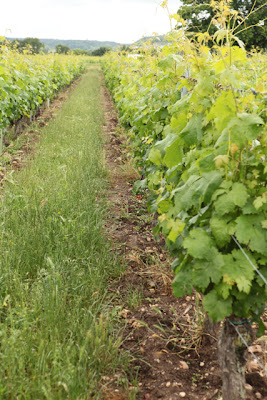 Vineyard close to the chai 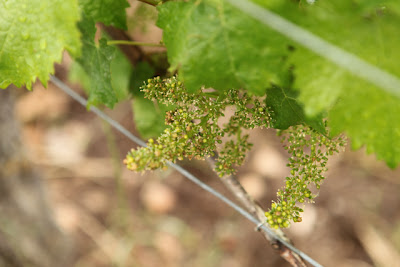 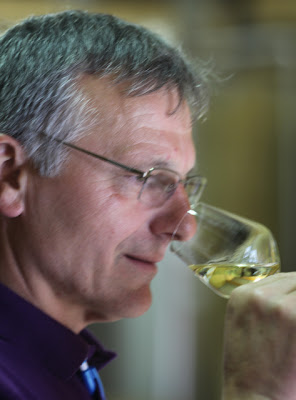 Francis Jourdan tasting the 2009 Chinon Blanc (above and below) 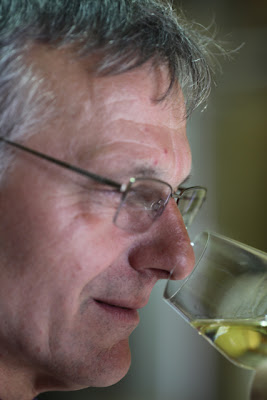 In the UK humble grape stocks the Jourdan 3 Quartiers and L'Ancestrale.