1855 – dupes its shareholders too! Emeric Sauty de Chalon – can't you even get the share price right? 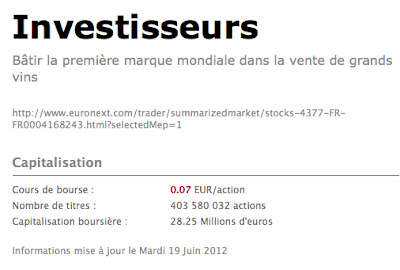 No only does 1855 (senior management: President – Emeric Sauty de Chalon – Fabien Hyon – Managing Director) systematically dupe its en primeur customers will promises of deliveries that do not arrive, it also appears to set out to dupe its investors by posting inaccurate share data on the 1855 site. 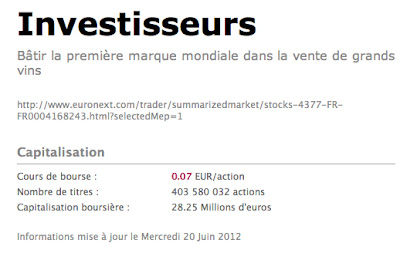 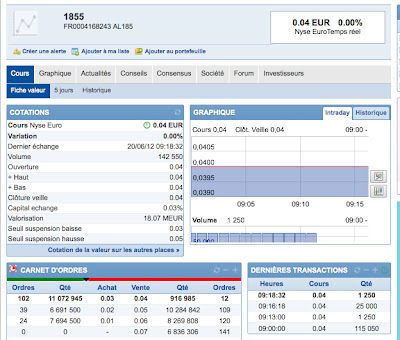 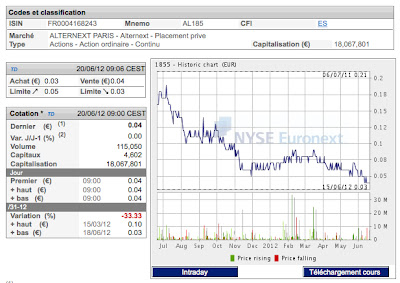 NYSE showing the downward curve over the last year 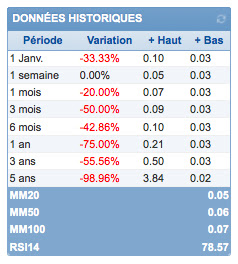