#Vinocamp-Loire: do blogs have influence? 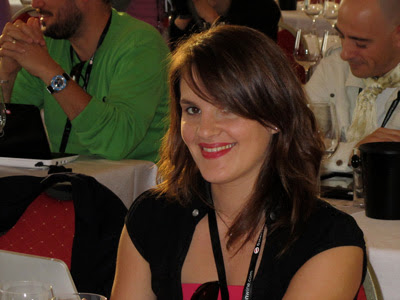 For the second session@Vinocamp-Loire (Saturday 24th March@Tours) I ran a group on the influence of blogs – do they have any? It was not, I hasten to add, my choice of subject but Miss Vicky's, who asked me on the day to run a group. Vinocamp has this ad lib, spontaneous approach. Fortunately I had a few hours to think about how I might start off our discussion.

I decided not to approach the subject head on as it is difficult to judge or calibrate what actual influence any media has whether it be blogs, newspapers or television. For instance Rupert Murdoch's Sun newspaper has long claimed that it won the 1992 election for John Major and the Conservatives with its fierce criticism of Neil Kinnock, the Labour Party leader. Doubtless it was a factor but how important? Was it decisive?

Asking whether blogs have influence is like asking how long is a piece of string. Unless they have no readers at all we could assume that they may have an influence on their readers even if the content sends them to sleep. I suspect that Miss Vicky had in mind whether wine blogs could influence buying choices, change attitudes or even influence events rather than whether they might they be a cure for insomnia.

Rather than adopting this approach I chose to start the discussion by concentrating on what might make a blog influential and are there ways of building a readership as well as asking whether blogging is different from journalism.


We agreed that having something interesting to say was the first essential. 'Say' here includes photos and videos as well as words. Posting regularly is also very important.  The time span is less important than the regularity – once a day, once a week, etc., but in a regular pattern. Irregular postings makes it difficult to build a regular readership. Social media like Facebook, Twitter, etc. can be very useful to alert people to new posts and build readership. Although having a high readership isn't everything – it is obvious that a blog that has several hundred daily visits is very likely to have more influence than one that is read by a doting aunt and her dog.

The principles or the reasons for a blog being successful or not are no different from those that make traditional media successful; there isn't a distinction between bloggers and journalists only the medium is different. On reflection it makes more sense to substitute the broader term writers (or communicators, to include photographers and journalists) for journalists.


We also discussed whether wine producers' blogs were the best way of getting a message over or whether there were other social media options like Facebook that provided better ways of promoting an estate. Wine producers' blogs can be very samey if they stick to describing the annual cycle.
Posted by Jim's Loire at 09:55

I think it's clear. Some blogs of some expert an affordable people have influence. The person writing behind is the only important thing

Jaime. Clearly the author of the blog is very important but also there are some subjects which catch the interest more than others.

We absolutely agree with you on regularity being a key factor in gaining readership. I would also observe that the broader the topics one covers the higher the readership and the more interaction with readers. In our case our daily blog, which covers anything and everything that takes our fancy in the Touraine (and sometimes beyond) has literally a hundred times more readers, comments and private mails than our specialist blogs, one on the local wildlife and one to promote our tours in a classic car. Wine blogs probably suffer from the same narrowing of focus - it's more difficult to attract a special interest group and more difficult to pitch the tone of the blog so that all levels of that specialist knowledge feel the blog is worthwhile.

Thanks Susan. I think, though, with wine blogs concentrating on a particular region or style of wine can help especially if you are not a very well known name like Tim Atkin MW or Jancis Robinson MW as there are so many general blogs.

This did come up in discussion and I might well have included this in the report.

Which leads to the ever present question - who are we (wine bloggers) writing for? Other bloggers? Trade people? Wine lovers? Tourism specialists? It is a fine niche is wine blogging and doesnt garner half as much attraction and interaction as, say, the food blogging sphere.

Good question Andrew but not I think peculiar to wine blogs but also often to wine magazines, wine books and wine TV. Food tends to attract a much biogger audience than wine.

Thank you for this feed back Jim and for joining Vinocamp :-) I will share a few sentences in French on Vinocamp.fr article in a minute :-). For the content, i agree with it all, let's talk about it next time we meet. Bises from Beaujolais!