1855: Another recommendation to hire DDG 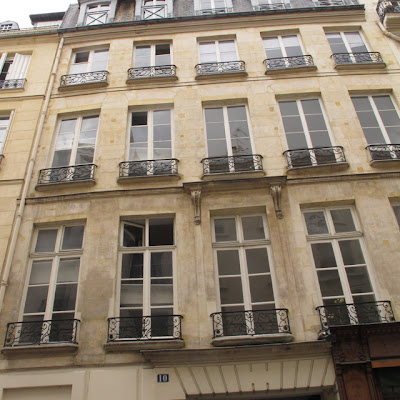 I have received this message from TH, which further reinforces the recommendations and praise for Gwendoline Cattier in pursuing cases against 1855.

Certainly anyone thinking taking action against 1855 and it would seem only prudent to take action sooner rather than later when be well advised to consider engaging the services of Gwendoline Cattier and DDG.

If there are other French law firms with a successful track record in dealing with 1855, then I would be equally happy to post their details here.

Thanks for the Jimsloire blog. Most helpful re 1855.

I confirm your recommendations that ESPECIALLY 1855 customers not living in France should contact Gwendoline at DDG.
She’s smart, quick (even works on Sundays) and has a thorough grasp of this mess. As you may know, her English is excellent. Any claimant can be quite informal. DDG are comfortable with that.
·         I am suing for non delivery of 2008 and 2009 en primeurs.

·         Madame Cattier’s rates are very reasonable. Due to her increasing experience with 1855, the “real” costs of consulting her are falling. No need for any real briefing. Just assemble facts and tell her. She does not waste your time and money, because she needs no time to comprehend the case. Even the claim letter she sent me is almost a stereotype – just fill in the blanks.

·         French law firms are not allowed to “advertise”. They must rely on clients spreading the word. A powerful incentive to perform well.

·         At least one of DDG’s senior partners has friends who have been scammed by 1855. So DDG has a keen interest in seeing that customers get their wine or get their money back. Plus compensation where appropriate.

·         I understand that 1855 owes the French Administration a substantial (6 figure) sum in unpaid taxes/social charges. The Administration has decided not to push 1855 into bankruptcy for now, as it “expects 1855 to work its way out of its problems”. Shutting down 1855 would ensure that 1855’s creditors get next to nothing and would anyway harm the French wine industry. There are political as well as “connections in high places” considerations.

·         The lawyers acting for 1855 are NOT specialists in such cases. They normally operate in the political/government arena. So with upcoming elections in France, they are seriously over-stretched.

·         1855 respond to complaints to French nationals only (basically) if it costs them no money, are forced to by M. Blanchettier, or on the court steps.

·         1855 specifically ignore non-French residents, believing it will be too difficult/costly for a non-French resident to take action in the French courts. There is no concept of class action here – nor punitive damages. Compensation is exactly that. “What did you lose and what will it cost you to get your wine now?)

·         It is advisable to go to court in Paris. Lower levels of local courts e.g. the Tribunal d’instance, may be less sympathetic, as any individual judge may view en primeur buyers as “Speculators” – only one level of gambler less bad than 1855. Accept Gwendoline’s advice on which route to take.

·         The higher Paris Courts are now well used to actions against 1855. There are reliable reports of judges ridiculing 1855’s attempts to defend, or make excuses for, its business practices.

·         Regarding 2009 en primeurs, the court has demanded that 1855 prove to the court, that they have fulfilled all orders, or paid appropriate compensation, by the end of July.  I understand that if 1855 fail, they will effectively be in contempt of court. Then the court takes over and costs to litigants will be further reduced.

I am not a “speculator”. I want to drink what I ordered. Sadly (?) Robert Parker re-tasted one of the 2009 wines I ordered, last month. He scored it 100! In the last 3 weeks the price has, from some sources, trebled. So I anticipate some problems finding what 1855 should already have delivered.

Keep up the good work please.

p.s. I LOVE the Ponzi letter. Absolutely brilliant!
p.p.s. Perhaps good news that Latour will stop selling en primeur. Maybe if all follow suit it will stop the fraudsters and even possibly result in the Bordeaux wine market prices being regulated by real-time demand rather than gambling. A side benefit would be that producers will accept a risk that is normal in most business. Not “hedge” that risk to the end customer, with middle-men making all the money.