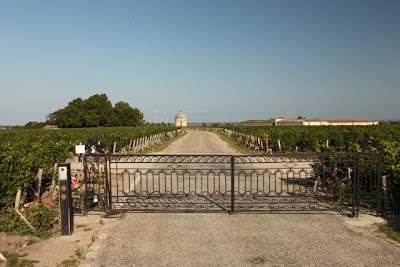 Château Latour: no en primeur from 2012

The news that Château Latour will no longer sell its wines en primeur from the 2012 vintage may well be a blow to 1855's wallet thinning business model of taking (trousering) money from its clients for en primeur and then delaying delivery as long as possible and, in some instances, not at all.

Latour have announced that they will only be releasing their wines when they are ready to drink. Much will depend upon whether the other leading Bordeaux châteaux follow suit. If the whole en primeur system was to change dramatically this could well have a serious effect on 1855's already precarious cash flow. Fabien Hyon has spoken of 1855's intention to reduce the proportion its en primeur sales. This may only be an acknowledgment that there was less demand for en primeur in 2010 and that fewer and fewer people ar prepared to order en primeur through 1855.

A lawyer who is involved with a number of cases against 1855 told me recently:

Equally unbelieveable is that France's Repression des Fraudes haven't stepped in and that neither the Union des Grands Crus de Bordeaux nor the Conseil des Grands Crus Classés have have had the courage to issue any warning against 1855's appalling business 'practices'.

Of course should the other leading Bordeaux châteaux follow Latour's lead it is likely to have implications for the wine investment market including stopping the 'en primeur take the money and run scam' and also perhaps for the power of some leading wine critics whose scores and reports following the annual en primeur tastings are currently eagerly awaited.