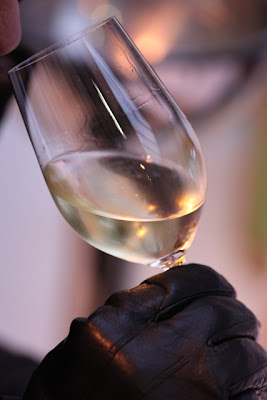 It was undeniably cold in the Worx early on but tasting in an outdoor
coat and gloves was perhaps going a little far!

Inevitably after the high of yesterday with that marvellous flight of 2010 sweet wines from Anjou-Saumur today was quieter. Chris Kissack and Nigel Wilkinson were again on the panel with Ken Mackay MW, who was with us on Monday, returning.

We started with a flight of Valençay, Cheverny and Cour-Cheverny before the main business of the morning – three flights of 2011 Sancerres. Unusually, overall the Sancerres showed less well than the Pouilly-Fumés that we tasted yesterday. In previous years the Sancerres have shown better. Tomorrow we will have some 2010 Sancerres, which may show better.

The afternoon was given over to Red Loires – mainly Cabernet Franc, with easily the largest ever entry and we still have some Sancerre Rouge tomorrow. We looked at Chinon through to Anjou-Brissac. The wines were variable but we did award a Silver and seven Bronze medals.

No Golds but a good day's tasting. Tomorrow is the Loire's last day. On the panel will be Nigel Wilkinson plus newcomers Victoria Stephens-Clarkson, wine buyer for Liberty Wines, and Katie Exton, sommelier at Chez Bruce. Ken is back to work at Waitrose, while Chris has flown back to Edinburgh and his day job. Good to have both of them on the panel. Particular thanks to Chris for flying down and giving us three days of his time. 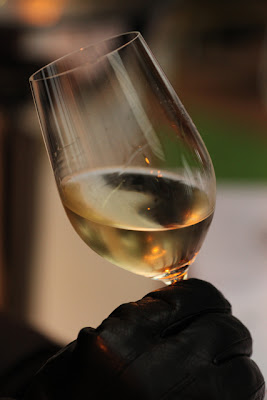