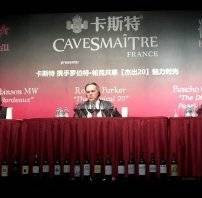 
Anyone watching Robert Parker's very impressive presentation of the 20 Bordeaux wines from the 2009 vintage will have seen the name and logo of Caves Maître, France looming large behind him. CavesMaître was one of the major sponsors of WineFutureHK and Daniel Li of CavesMaître sat on the right of Parker for the Grand Tasting.

However, it would appear that the business practices of CavesMaître are much sharper than speakers like Robert Parker and Jancis Robinson MW might wish to be associated with. In western eyes CavesMaître has stolen the trademark of Groupe Castel, the Bordeaux giant, although their action is perfectly legal in China as under Chinese trademark law it is 'first come first served'.  Jancis Robinson MW has assured me she knew nothing of this history and I guess that Parker did not either. 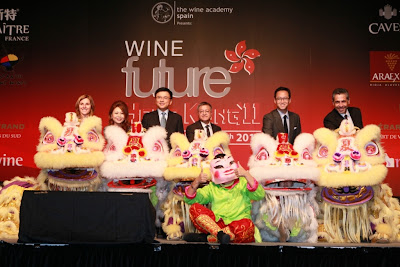 A search on Google reveals that CavesMaître used to be called Wenzhou Castel (based in Wenzhou) before changing their name to Caves Maître sometime this year. It will also show that this Chinese company trademarked the name Castel. Recently Wenzhou Castel brought a successful court case in China against French company Castel Frères, which is now a leading player in the Chinese market with case sales believed to be around one million. Although French Castel did register their trademark in China on 21st November 2007. Unfortunately they were too late as Wenzhou Castel had got in first with: (“Ka Si Te (卡斯特)”) – meaning Castel in Chinese.

From Frost Brown Todd website article here that gives details of the case:


A recent move by a local court in Wenzhou, China may well indicate that in the future a lawsuit against a foreign brand owner in China could cause the foreign defendant to lose its valuable trademarks if it loses the case.  Earlier this year a local Chinese merchant sued a famous French wine producer in the Wenzhou Intermediate People’s Court and successfully secured an “ex-parte” relief, by which, the defendant’s valuable trademark would be subject to freeze until the case is decided. Defendant in this case is Castel Group, which is the owner of the “Castel” trademark in China. However, the Chinese plaintiff had managed to register the Chinese “Ka Si Te (卡斯特)” mark first in China, a phonetic translation of the famous “Castel” mark. It sued Castel Group in the Wenzhou local court on three accounts of infringement and requested damages up to US$31 million.

What makes this case unique is not the case itself, but the court’s decision to freeze the Castel Group’s valuable “Castel” trademark at the initial stage of the lawsuit until the case is decided.  Chinese civil procedures offer plaintiffs, in some situations, an ex-parte temporary relief, to prevent defendants from transferring property and money during the course of a case.  Normally such relief has been taken the form of freezing bank accounts or real property (by appointing a conservator).    In this case, what the court did directly touched on Castel Group’s  intangible assets, meaning that the “Castel” mark cannot be licensed or assigned to any third party while the case is pending. More importantly, the “Castel” mark may be subject to auction if the court decides in favor of the local Chinese trader and Castel Group otherwise does not comply with the court’s order requiring it to pay damages.

Our colleagues at ZY Partners in Beijing pointed out that this case could start another round of problems especially for companies that do not have significant assets in China. Such companies used to be less concerned about litigation risks in China.  However, even they very often have trademarks or other intangible assets in China.  Now they could face risks of losing their valuable intellectual property (trademarks or even patents) if they end up losing legal battles in China. The flipped side of the story is that foreign plaintiffs may find this new development helpful when they seek to recover damages against Chinese defendants.
(“Ka Si Te (卡斯特)”)

CavesMaître's website is here. They have a page of legal notices which includes their right under Chinese law to use the name Castel – “Ka Si Te (卡斯特)”. Many of the wines sold by this company use 卡斯特 in the name. Whether CavesMaître's Chinese are aware that these wines are from the 'Chinese' Castel rather than the better known Castel Frères is an interesting question.

One might also ask whether Pancho Campo MW was aware of the history behind CavesMaître. If he wasn't then surely he failed to do his due diligence properly. If he was aware of the trademark history, why did not he inform his speakers. 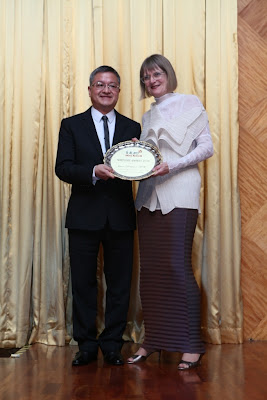 Jancis Robinson MW told me that "While I was at WineFuture Hong Kong I had no clue about this. It was only on my return to the UK that I became aware. I did think though it was all a bit odd with the whole stage festooned with CavesMaître signs and logos as nobody seemed to know about this company. Pancho had made it out to be a big coup getting a Chinese company as a sponsor – insisting that the real future was dealing with Chinese companies rather than European ones."

I suspect that Robert Parker was equally in the dark.

This episode surely shows how foolish it can be to rush into China without doing your due diligence and equally making sure that you register your trade mark in China.

Talking about China, now AFP says Ningxia wines beat Bordeaux in a tasting, like it were a sort of Judgment of Peking - but AFP forgets to tell us which Grands Crus competed (in fact, it was only négoce plonk).

See here if you read French, it tells a lot about the seriousness of press agencies and journalists...
and I am one, by the way...

Thanks Hervé. Back in 1976 it was news now these rehashed 'judgment' tastings are pure tedium.

If the company is legitimate in China and the Hong Kong government sees it as such, then it's really up to the French companies to defend their name and take action, maybe at WTO level. The fact that someone accepts sponsorship from what is - inside that country - a legitimate company doesn't mean they've done anything wrong. The ethical breach here is at the level of the Chinese government.

Problem as I see it is this- would Parker and the rest participate in a conference under a sponsors banner for "Lafeet?" for example. I think not!!

Clearly there are issues far wider than WineFutureHK etc. here. In particular the Chinese law on registering trademarks and intellectual property law.

As I understand it under Chinese law it would be perfectly legal for a Chinese company register Lafite, assuming they got in first, and there would be nothing that Pauillac Lafite could do about it, so Robert Parker could have done his 'Magical Tasting' in front of a Lafite banner from a Chinese company that had nothing to do with Château Lafite-Rothschild, except that it could use the brandname in China.

The sponsorship of Caves Maitre provoked quite a response in China. I do assure you that many people in the wine industry here were discussing the pictures of Robert Parker et al., sitting under the Caves Maitre logo. The trouble here is that what caves Maitre has done here in China is an example of some of the worse unethical behaviour- even by many Chinese wine importer standards. They not only registered the trademark (in bad faith) but also have been quite questionable in their sales and bottling practices. I was asked quite a lot if these 'Western experts' knew anything of the real situation in China, or had they just taken the sponsorship without questioning and due diligence.

Fongyee. Many thanks for your comment and insight. It would be interesting to have more detail about 'their sales and bottling practices' please.

I suspect that if Caves Maître paid a substantial sponsorship fee Campo did not ask many questions. If this is the case he looks foolish and careless. If Campo did know the background, then clearly that is a very different matter.

I would have thought there should have been questions raised about the use of France in the Caves Maître logo.

If Campo didn't know about Caves Maître, then regions like Murcia and Valencia might well wonder at the extent of his knowledge of the Chinese market and whether the sums he demanded for sharing his expertise were justified.

Dear Jim Loire. My name is Ezequiel Franco I am from Spain and I am 27 years old. I am the foringer working in CAVESMAITRE with Daniel Li in Shanghai in China. I am so upset with what I just read in your blog cause it is so far away from the reality and you are trying to hurt us. I strongly believe that when somebody talk about other people to an audiencie must be sure what he is saying, because can go against law, everybody must be responsible of his acts and words. I am not going to start a fight in this blog I am only going to writte this comment. I invite to you to contact us (contact me unless you can speak chinese) and It will be a pleasure to inform you and give you all the aswers to you, to put down all what you wrote. Our company is in latin words CAVESMAITRE and in Chinese is 卡斯特, we are not "stoling" (like you said) any brand. So please not defame more our brand and our team. Our company is one of the most important importer-distributor wines in China and my boss DANIEL LI, has an excellent HONOR and REPUTATION in China and rest of world.

Thank you for your comment. I will certainly send you an email with some questions. I'm intrigued that the company is called CavesMaître, France. Are it registered in France or are their offices in France?

You would appear to be misinformed:

Although my Chinese is strictly zero, CavesMaître appears to translates as 酒窖大师, which to my untutored eye looks rather different from the above which does translate as Castel.

'Thank you for your comment. I will certainly send you an email with some questions. I'm intrigued that the company is called CavesMaître, France. Is it registered in France or are their offices in France?'

Quick note re the Ninxia-Bordeaux event:

I am an organizer. I posted before and after the event that we didn't intend a "Judgment of Beijing" but wanted to compare Chinese / French wines based on prices in China.

Some might find it tedious -- fair enough -- but I consider it useful given the high status of Bordeaux in this country and the rise of some better wineries. Hope to soon do one using what are deemed to be "better" Bordeaux wines.

We now return you to the regularly scheduled blog post, Wine Future!, starring Pancho Campo and an all star cast from the World of Wine...

Thanks for your comment Jim. I still think this has been done to death. It would be real news, however, if China was able to produce better Cabernet Franc than the Foucault brothers!

It's all perspective, I guess. Our target is consumers in China and we found the format to be useful.

I really like your Blog and its sounds great.

This is Robert Bailey from Hong Kong.