A visit to Calke Abbey 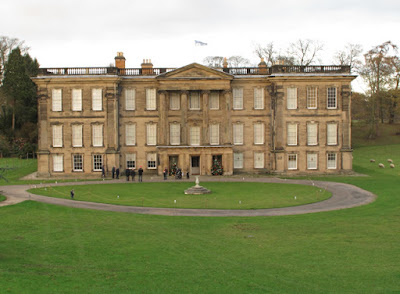 Calke Abbey, the heart of family estate that once spanned 58,000 acres (23,967 hectares)
This afternoon we spent a couple of hours visiting Calke Abbey. The mansion is usually closed to the public at this time of year but today there were a few rooms open. The house has been preserved in its faded state from the early to mid part of the 20th century as the National Trust website explains:
'With peeling paintwork and overgrown courtyards Calke Abbey tells the story of the dramatic decline of a grand country-house estate. The house and stables are little restored, with many abandoned areas vividly portraying a period in the 20th century when numerous country houses did not survive to tell their story.'
I thought the mansion was very depressing and dreary, although some of the fine rooms were not open. 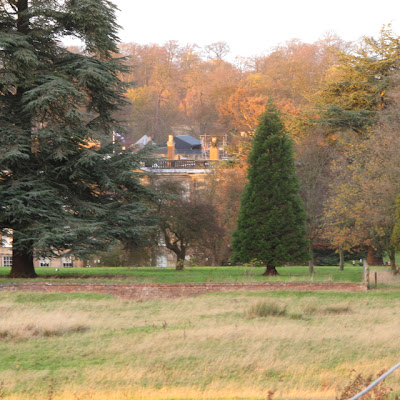 Glimpse of the house through the trees 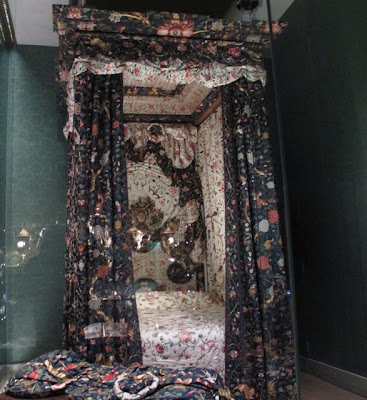 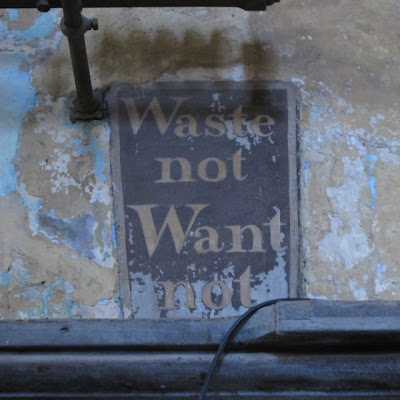 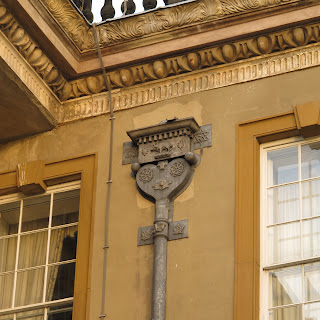 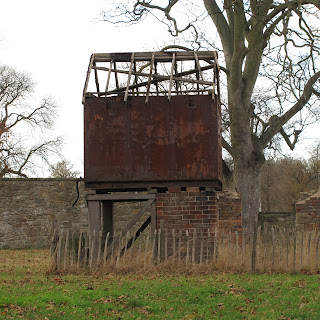 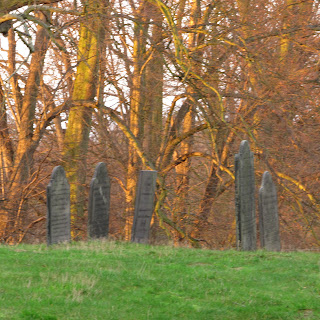 Setting sun on the trees and gravestones 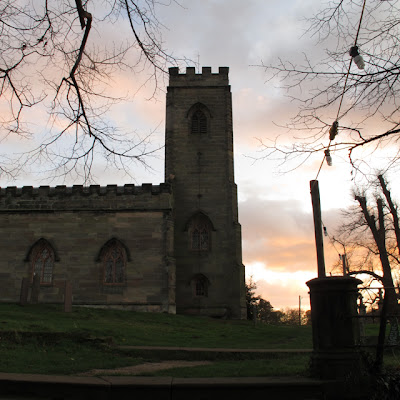 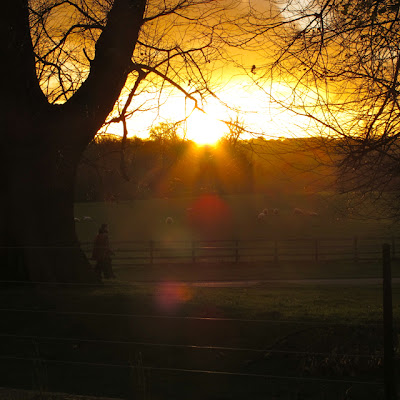 Setting sun amongst the estate's trees (above and below) 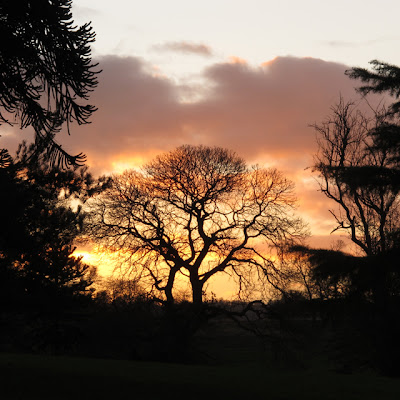 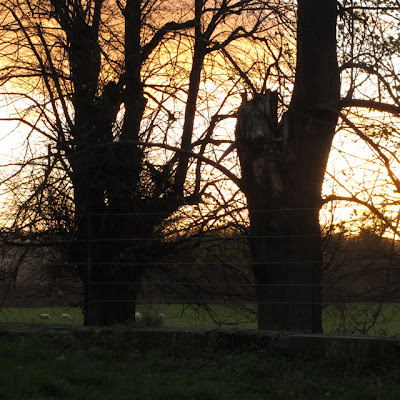 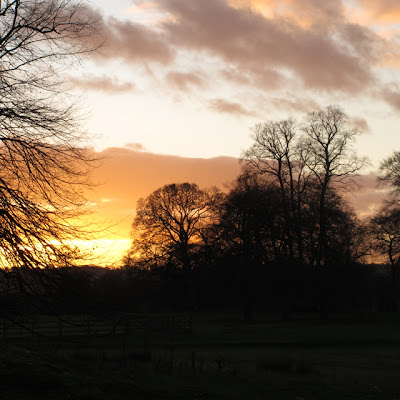 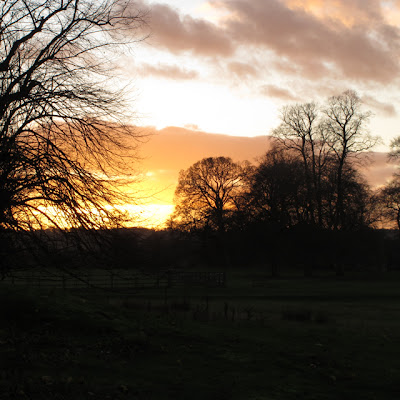 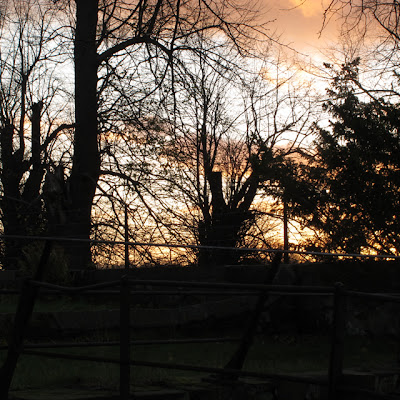 Jim, why did you think the house was depressing? The interiors themselves, or the way they were shown? I am just curious as to how people experience NT houses.