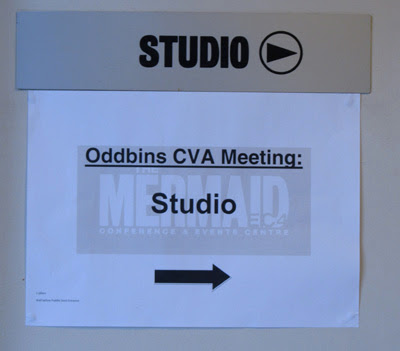 Notice of CVA meeting this morning at the Mermaid Conference Centre, London
At 4pm yesterday afternoon HMRC informed Oddbins and Deloitte that they did not support the CVA. Since HMRC are owed between 30%-33% of the £21 million total deficiency the CVA was immediately dead in the water. Deloitte did, however, continue right up to this morning's meeting at the Mermaid Conference Centre to try to win HMRC round to voting for the CVA proposal but in vain. The tax authorities could not see that the proposal was 'viable'.
I understand that one of the sticking points for HMRC was the long payment time – spread over 46 months. They may also have concluded that multiple drink retailing is a risky business given the failures of Unwins and Threshers.
Given HMRC's stance the CVA was never put to the vote. Had there been a vote, the CVA would have failed with 68% voting against by value. However, if you take out HMRC then 84% were in favour of the CVA.
There will be a hearing in the High Court (London) on Monday and, unless British Gas press their winding up order, Oddbins will enter administration. It is expected that Lee Manning, a partner in Deloitte's reorganisation services, will be appointed director. After the meeting Manning said that Oddbins' stores would continue to trade and that the remaining 400 staff would be paid. He hopes to sell the business as a going concern and that they had received two or three offers. One of these offers is from within the wine trade and one from outside. There were also some other very recent offers that Manning had not yet had time to study. His message to creditors was pretty grim. "I think it is unlikely that the payout to creditors will exceed 7.5p in the pound."
'It may, of course, be that Oddbins will be more attractive in administration than it was as a potential CVA.
I suspect that the biggest long-term implications of Oddbins going into administration, apart from staff made redundant, will be for some of the suppliers, especially those in for large sums and who may also have been hit by Threshers and Unwins. There were some very glum and grim faces leaving the CVA meeting this morning. Most gave a terse 'No comment" as they left.
However. Nick James, managing director of Pol Roger (owed £273,612), was more forthcoming. "A sad day and for smaller companies like us it's a hell of a blow. It will have implications throughout the trade. We stopped supplying Oddbins before Christmas as we had an agreed payment plan that fell into abeyance, so we refused any further supplies. Our sales manager, who lives in Wimbledon, virtually camped out in Oddbin's headquarters. On several occasions he burst in and confronted Baile."
"Baile could have communicated far better with his suppliers. We were kept in the dark. There has been a lack of clarity and information. It's been pretty poor." James also said that he along with many others in the trade didn't fully understand the relationship between Ex Cellars Investments Ltd, Nicolas UK Ltd and Castel. "
Although it must have been evident during last year that Oddbins was running into problems, a number of suppliers may have felt that they had little option but to supply. Furthermore it seems clear that some payment arrangements with Oddbins were not kept. Large importers have increasingly few large retailers to sell to and some presumably decided that they had to take the risk and they may now unfortunately pay a high price.
Also present were a number of angry ex-Oddbins staff bitter about the way they had been treated and fearful that they will not get their redundancy money.
Statement from Simon Baile, managing director of Oddbins Ltd, after the meeting. ‘Despite ongoing negotiations over the last four weeks the decision was made by HMRC not to support the CVA.
As HMRC is a significant creditor this means that the CVA cannot proceed. Oddbins is expected to go into administration on Monday 4th April following a hearing in the High Court on Monday.
I very much regret the need to make so many staff redundant and we are working diligently to find a buyer for the majority of the business so that as many jobs as possible may be saved.' 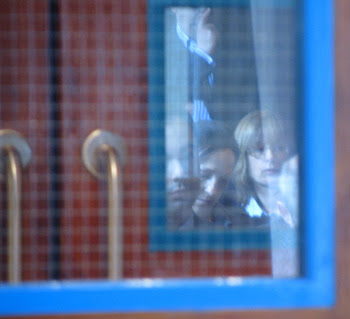 Inside the meeting, hearing the news of administration
Posted by Jim's Loire at 16:13

Excellent post Jim thanks. Although a lot of people are blaming the supermarkets today I think thank competition from online merchants also had a lot to do with it. Firms like my own were big beneficiaries of the Threshers demise and a lot of people who formerly shopping at Oddbins now just get their wine online. The real villains here are the greedy high street landlords who won't lower their rents to allow small traders to make a margin.

Jeremy – thank you. I think a significant part of the blame has to be laid on the current management of Oddbins and the deal that was struck between Ex Cellars Investments Ltd, Nicholas UK Ltd and Castel.

One instance is the failure of Oddbins to develop their on-line sales.

Yes Jim they were quite remiss in their development of that side. These days unless you have a billion sq ft of supermarket space you ignore the online channel at your peril. We are continuing to invest in this area as you know.

But what do you know about the actual terms of the Ex Cellars purchase of Oddbins and the cash they put in. Is it true that EC actually put up very little real cash? In that case surely the suppliers are a bit culpable too for setting up management with a free option (all the upside but little or none of the downside).

Jeremy. Thanks. Firstly one small precision: it is Ex Cellar Investments Ltd who is the parent company of Oddbins Ltd. Ex Cellar Ltd is the company that runs the four retail shops owned by Baille – two when he took over Oddbins.

As far as I can see Ex Cellars Ltd put no cash into Oddbins. It looks to me that debt was loaded on Oddbins who had already lent (unsecured) £17.7 million to Nicholas in April 2007.

Jeremy. PS Please see earlier post on Jim's Loire with the questions I put last Monday to Simon Baile to which I have had no answers so far.

Hi Jim,
good post but nicolas is without a H... so please stop making the mistake!!! doesnt sound good for a Freelance drinks journalist.

Anon. Many thanks for keeping me right. However, the Nicolas in this post was already correctly spelt, although in a previous post I had added an h. This has now been corrected.

"After the meeting Manning said that ... He hopes to sell the business as a going concern and that they had received two or three offers. One of these offers is from within the wine trade and one from outside."

So is it two offers or three offers? Surely Manning knows if it is two or three. He knows their names.

Invariably I find when people say "two or three" or "four or five" there is something fishy going on.

And is the stock regarded as duty paid or will HMRC seize it as it is duty not paid?

Warren. Manning seemed definite about two but did say that there were others that had been received very recently that he had not had time to study.

HMRC – don't know at the moment but Manning did think that HMRC would cooperate with Oddbins when they bought new stock.