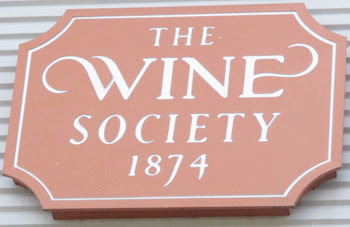 Thirteen of us made our way to The Wine Society (founded in 1874) in Stevenage. Most of us took the train from Kings Cross, the Wine Society’s premises in Stevenage, where they have been since 1965, is a short walk from the station. 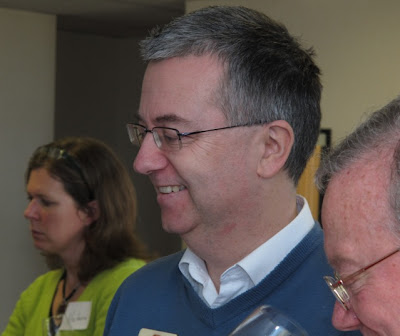 Ewan Murray
We were met in the Society’s shop by Ewan Murray, their tastings & events manager, and by Victoria Morrall of their PR agency Dillon Morrall. Upstairs a glass of the WS’s Champagne, supplied by Alfred Gratien, awaited us. Alfred Gratien founded his Champagne house in 1867, three years after he set up his sparkling wine business in Saumur – Gratien & Meyer.
The Champagne was in preparation for a tasting of 23 wines. These were some of the Wine Champions summer offer. The WS buyers put in their favourite wines, which they then taste blind and the best are selected to be the Champions.
It was an interesting and varied range of wines that had been selected for us to taste. Chile clearly being the Champions with eight of the wines, followed at a distance by France (4), Spain (3), Italy Australia (2) and Argentina, California and South Africa all with one wine each. 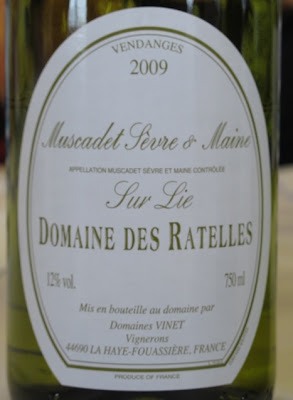 We started with the clean and lemony 2009 Muscadet Sèvre et Maine sur lie from Domaine des Ratelles (£6.75). Third wine in – 2010 Riesling from Spy Valley, Marlborough, New Zealand – was one of my favourites with attractive peachy fruit and a backbone of acidity.
There was a fascinating flight of three Chilean Sauvignon Blancs – two coming from Leyda and one from the Limarí Valley and shown in rising price order. The brassy and pungent 2010 Candelabro from Undurraga (£6.50) the first with lots of upfront grassy and gooseberry fruit – all in all quite an aggressive style of cool climate Sauvignon Blanc.
Next was the more muted Tabali’s 2010 Caliza Vineyard (£8.25) in a quite lean and grippy style. The third went back to Leyda Valley for the 2010 Lot 4 from Viña Leyda (£11.50). This was definitely my preferred wine of the three with its greater elegance, balance, more weight and a lovely combination of citrus flavours and minerality. It is, however, close to twice the price of the first Sauvignon Blanc. 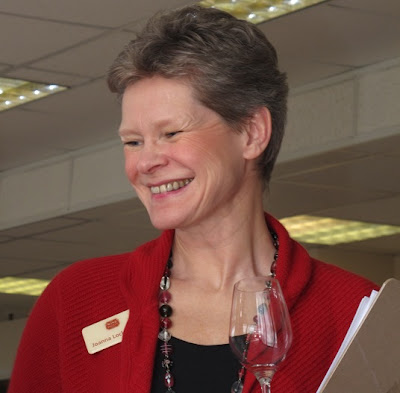 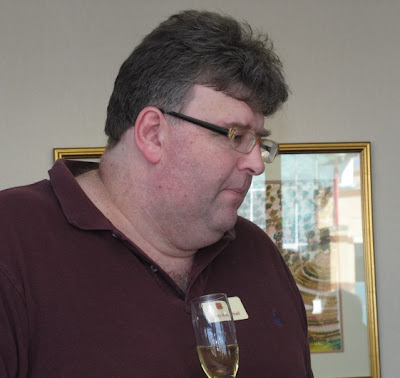 “Loire Sauvignon Blanc producers need a kick up the arse,” said Toby Morrall, WS’s buyer for Burgundy, South America and Sherry. Toby had joined us along with fellow buyer, Jo Locke MW who is responsible for Austria, Bordeaux, Loire and Port.
Toby cited the slow take up by Loire producers of either screwcap or Diam corks – much better closures for these types of white wine than traditional cork. Discussing the merits of screwcap and Diam corks, Toby was inclined to a preference for Diam as you have to be careful when handling screwcapped bottles in warehouses. He also cited the quality of Sauvignon Blanc now coming from Chile at very competitive prices. 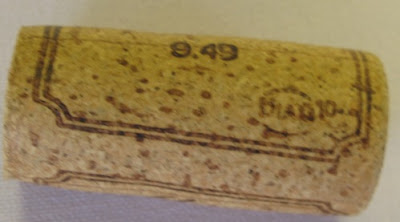 Diam cork
The reds started with a couple of Chilean Pinot Noirs, which in contrast to their Sauvignon Blancs, I thought were decidedly unattractive. I had two preferred wines amongst the reds. Firstly the long flavoured, spicy and plummy 2007 Copertino Eloquenzia from Masseria Monaci (£6.75) – excellent value. The second was the considerably more expensive but nicely balanced 2006 Heinrich Shiraz-Mourvèdre-Grenache (£13.95) from Rolf Binder in Australia’s Barossa Valley with its long sweet, concentrated black fruits but with enough structure and acidity to give it complexity and avoid jamminess. 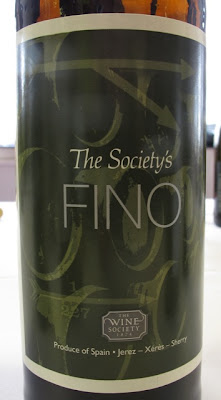 The tasting finished on a real high with two sherries. Firstly the excellent fresh, mouthwatering almond tinged Society’s Fino, which is wonderful value at £5.95. Just calls for some succulent olives and toasted almonds. Finally the real star of the tasting – the Palo Cortado Viejisimo 1/5 from Cayetano del Pino. Light walnut coloured with aromas of dried fruits – apricots and figs – followed by that marvellous mix of intensity and austerity that old sherries have and incredibly long-lasting. OK it is £20 for a half bottle but similar quality from other classic areas would often cost at least twice as much. 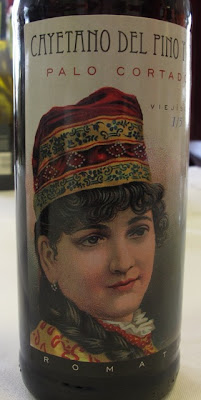 The wonderful Palo Cortado
Having finished the tasting I returned to sip a glass of the delicious and wonderful Palo Cortado, as did several others all having a 'John Salvi MW moment'. John recalls on his MW profile: "I remember drinking so much sherry (Williams and Humbert Dos Cortados) during the exam in 1970 that there was not enough for the other examinees to taste." They still passed him obviously recognising that a penchant for a fine Sherry should be an integral part of the MW qualification.
Over a relaxed snack lunch we tried several of the Wine Society’s Exhibition Series, their own label range, which includes a Riesling from Josmeyer in Alsace and a Grüner Veltliner from Willi Bründlmayer. I was particularly struck by the 2004 Exhibition Margaux from Rausan-Sègla (£20). 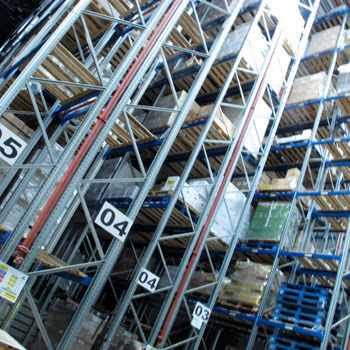 Part of Warehouse No 4 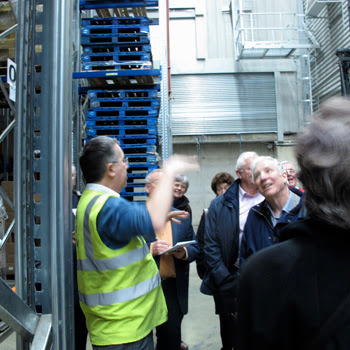 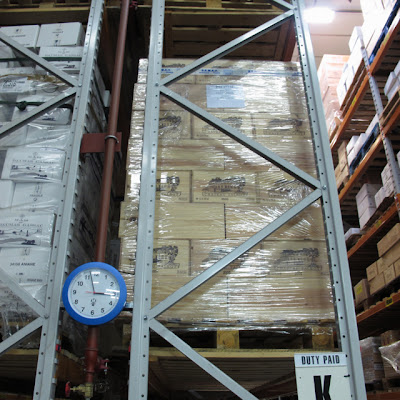 Following lunch we had a tour around the warehouses including No 4 the most recent addition with its space for 280,000 cases nearly doubling the previous 350,000 case capacity.

My particular thanks to Ewan Murray and Victoria Morrall for organising the event.